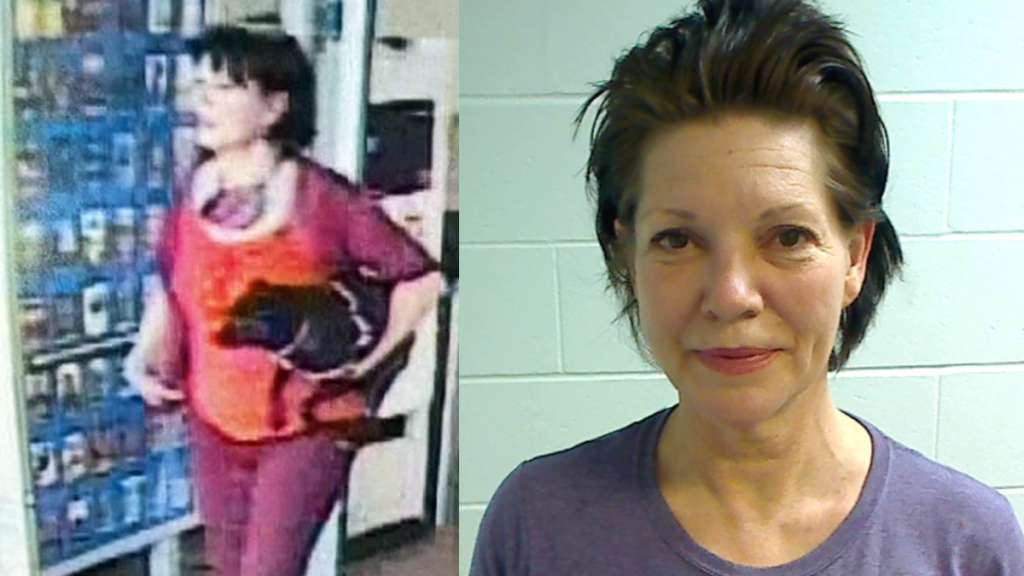 SOMERSWORTH, N.H. (WHDH) - Police have arrested a woman who allegedly stole a service dog that was assisting a customer at a Walmart in New Hampshire earlier this week.

Christine Olivia Powers, 56, was nabbed Friday afternoon and booked on charges including theft by unauthorized taking, according to the Somersworth Police Department.

Officers responding to a report of the theft of a service dog at the Walmart at 59 Waltons Way on Wednesday around 3:30 p.m. spoke with a 69-year-old woman who stated that her 9-year-old mini pinscher/terrier mix named Emmy Lou had been stolen, police said.

An investigation revealed that Emmy Lou was taken when the victim stepped away from her shopping cart to get a drink.

Police identified Powers as the suspect following a review of store surveillance video.

Powers was taken into custody after she was spotted walking with Emmy Lou in the area of Central Avenue in Somersworth just before 1 p.m.

The dog appeared to be in good health and has since been reunited with her owner.

Powers is being held at the Strafford County House of Correction pending her arraignment on Monday.