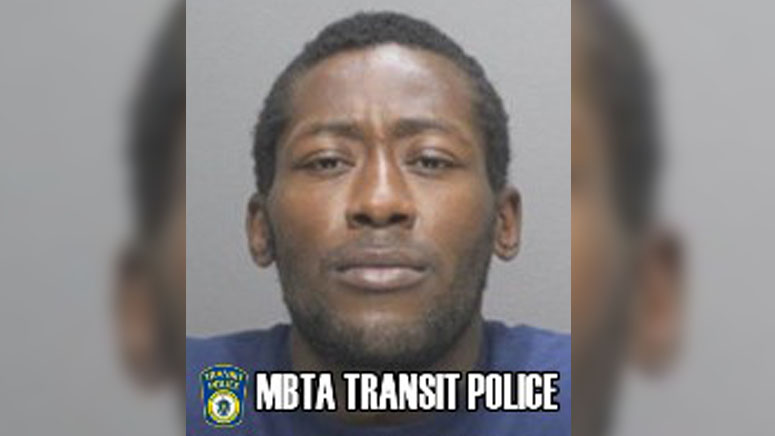 BOSTON (WHDH) - Transit police arrested a Boston man after he allegedly performed a lewd act in front of two women on a train on Wednesday morning.

Officers responding to the MBTA’s Stony Brook Station met with witnesses who said they had been traveling on a southbound train when a man, later identified as Shavor Pickering, 30, fully exposed himself and committed a lewd act while standing in the aisle directly across from two seated women, according to transit police.

The witnesses reportedly pointed out Pickering who was still onboard the train.

Pickering was placed into custody and transported to transit police headquarters for booking.