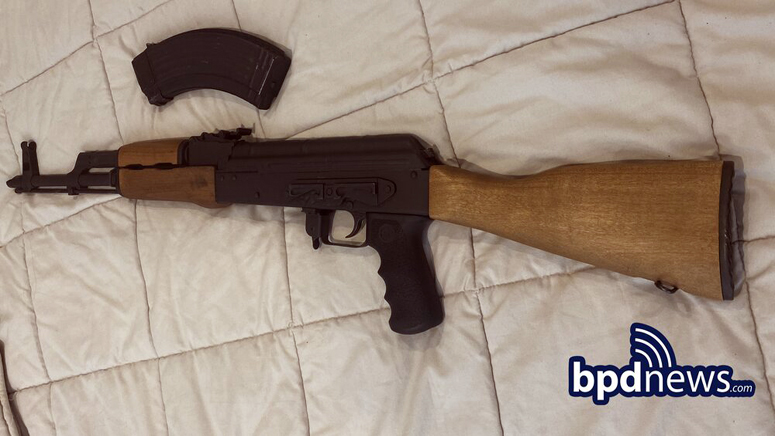 BOSTON (WHDH) - A Boston man was caught with a stolen AK-47 and other firearms after police say he hurled several snowballs at officers who were searching for shell casings on Sunday night.

Officers responding to a report of shots fired in the area of 186 Havre St. around 6:40 p.m. encountered a 30-year-old man tossing snowballs at them from a fourth-floor balcony, narrowly missing them as they searched the street, according to the Boston Police Department.

When officers later knocked on the man’s door and asked for identification, he immediately tried to shut the door in their face, police said.

A short time later, officers peacefully entered the apartment and reportedly spotted an AK-47 and a 12-gauge shotgun in plain view.

A 9mm handgun which the suspect allegedly discharged once was also seized.

An investigation determined that the AK-47 had been reported stolen in Holbrook in 2016.

The suspect, whose name has not been released, has since been arraigned in East Boston District Court on charges including unlawful possession of a firearm, discharging a firearm within 500 feet of a dwelling, assault by means of a dangerous weapon, and improper storage of a firearm.