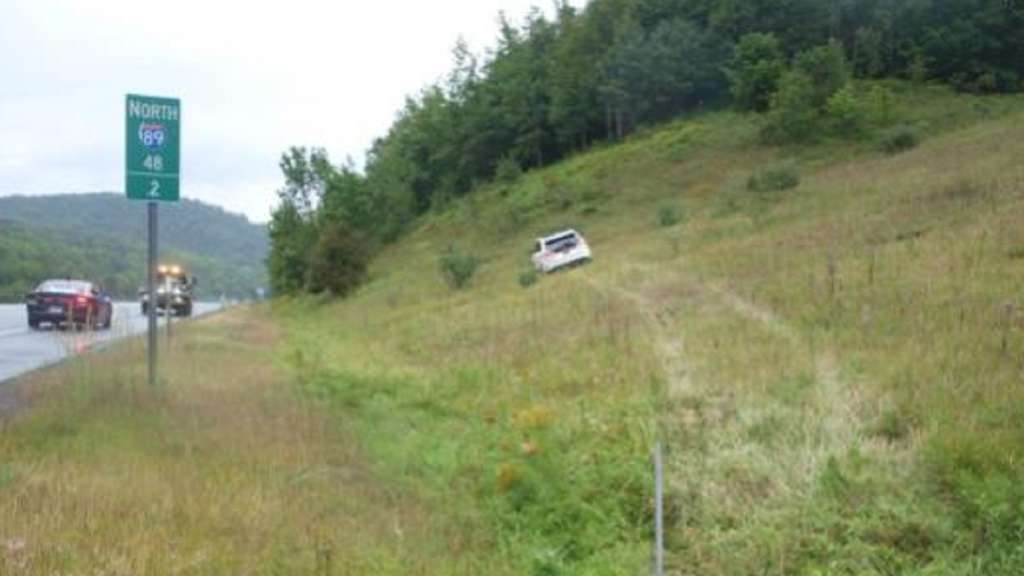 Troopers on patrol on I-89 north in Sutton allegedly saw an SUV speed by at 113 mph at 2:40 p.m., officials said. When troopers tried to stop the driver, he allegedly fled and went on and off I-89 several times before police stopped chasing him.

Shortly afterwards, the driver drove over road spikes and went off-road, fleeing into the woods on foot before being arrested. Police allegedly found the driver had an arrest warrant out of Rhode island for armed robbery.

Elijah K. Cadieux, 18, was charged with being a fugitive from justice, receiving stolen property, reckless conduct, conduct after an accident, reckless driving, disobeying an officer and resisting arrest.