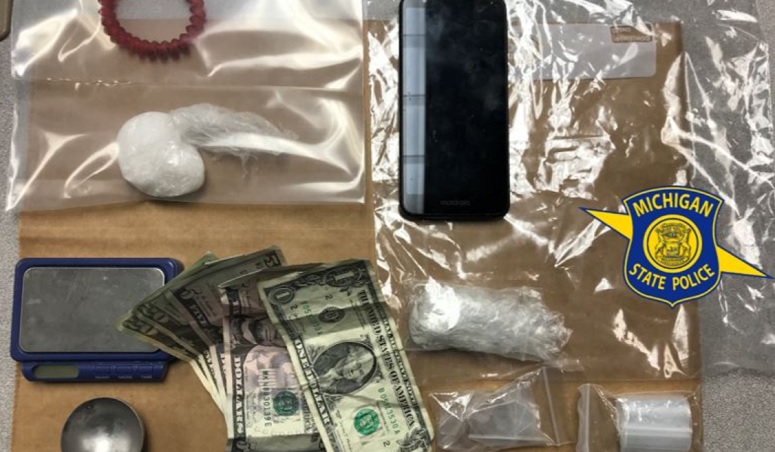 (WHDH) — A suspected drug dealer who gave police a fake name ended up being arrested in Michigan on Friday after that name came back with an arrest warrant, authorities said.

Troopers noticed a vehicle parked on the shoulder of M-55 near Taylor Lane in Clam Lake Township with the lights off around 6:30 a.m., according to Michigan State Police.

They also saw a 29-year-old Cadillac woman in the driver’s seat and a 30-year-old Lawton man in the passenger’s seat who allegedly ducked down when they activated their emergency lights.

Troopers spoke with the man who provided a fake name, state police said. The person’s name he allegedly used had a warrant out for his arrest.

The man was placed under arrest based on the information he provided and the outstanding warrant.

During his arrest, state police say they found about 27 grams of methamphetamine inside his pant leg, along with a scale, small baggies, and cash.

The man was transported to Wexford County Jail, where he was found during his processing to have smuggled more drugs into the facility, state police added.

After fingerprinting, state police say his identity was learned.

The man, whose real name has not been released, is facing charges including possession of methamphetamine with intent to distribute, smuggling drugs into the jail, lying to a peace officer during a felony, and littering after troopers reportedly found numerous soda cans and lottery tickets on the ground that they connected back to the vehicle.