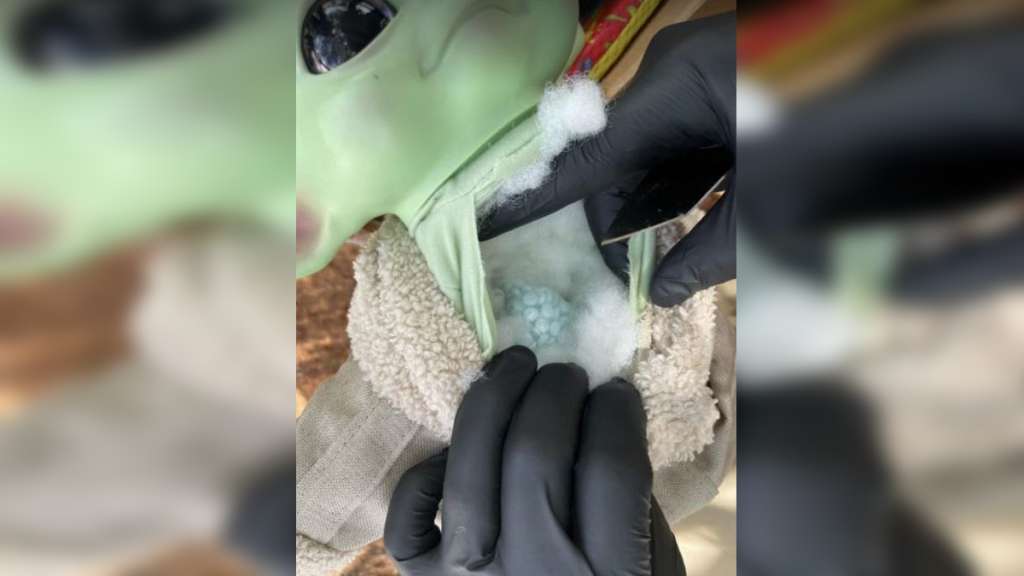 A Detroit man is facing drug charges after police say he was recently caught with dozens of fentanyl pills hidden inside a Baby Yoda doll in Tennessee.

Zave Garry, 34, of Detroit was arrested by deputies in Rutherford County on Aug. 27 while allegedly in possession of 176 clandestinely-produced Fentanyl pills, which were pressed and stamped to resemble 30mg tablets of Roxicodone.

Garry was out on bond from a similar incident in Coffee County where he was arrested with 157 of the same type tablets just two weeks earlier, according to police. Investigators linked Garry allegedly to an intercepted shipment of approximately 1,000 of the pills intended to be sold within the community.

“These non-pharmaceutically produced pills are a true danger to the user due in part to inconsistent production methods along with the inherent dangers of Fentanyl,” Reed said.

Garry was charged with felony possession of Schedule II and Schedule VI drugs and misdemeanor unlawful possession of drug paraphernalia. He is being held on $150,000 bond and is slated to appear at a hearing on Tuesday.