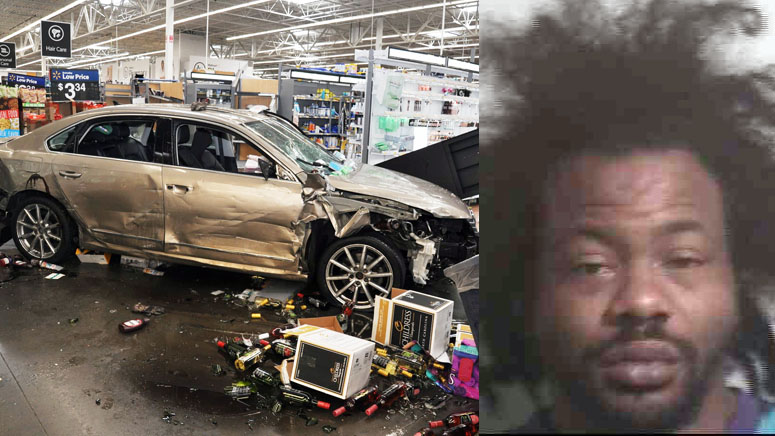 (WHDH) — A former Walmart employee recently plowed his car through the front of his old workplace and drove through the aisles, leaving behind a trail of destruction, police said.

Lacy Cordell Gentry, 32, of Charlotte, North Carolina, was arrested earlier this month on charges including two counts of assault with a deadly weapon and breaking and entering, according to the Concord Police Department.

Officers responding to a report of a vehicle that had crashed through the front of a Walmart around 6 a.m. on April 2 found Gentry driving a 2015 Volkswagen Passat up and down the aisles, police said.

Photos shared by police showed broken shelves, toppled displays, products strewn all over the floor, and Gentry’s vehicle resting in a pile of broken wine bottles.

Gentry was fired from the store in February, WSPA-TV reported.

“He may have had some problem with the way the management was handling the issue that he had with them,” a police spokesman told the news outlet.