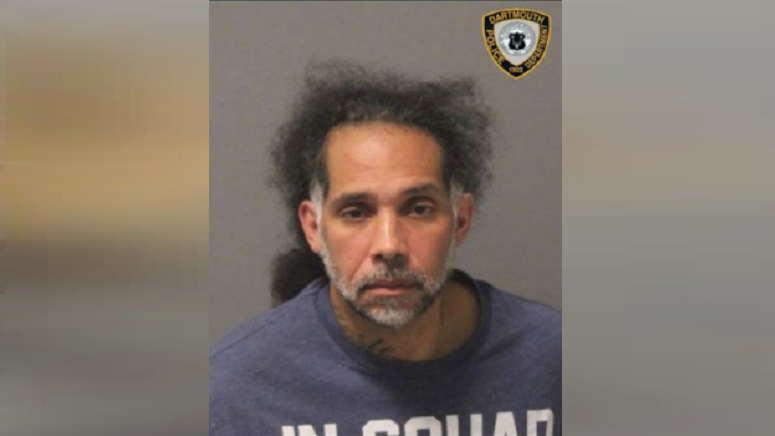 DARTMOUTH, MASS. (WHDH) - A Fall River man is facing charges after police said he broke into a home on Thursday in Dartmouth.

Officers responding to a call for a person breaking into a home on Bakerville Road at 11 p.m. were told that the homeowner was awoken by a loud noise, according to police. Investigators later found the suspect, Roman Adnell, 44, and confronted him, but he was able to get away on foot.

Officers discovered that Adnell had allegedly broken into the home through a window, police said. A search with a police K-9 was conducted and they located Adnell hiding in the wood line abutting the property, police said.

Investigators determined that Adnell had attempted to gain entry into the home by hitting the front door with a large rock, police said.

Adnell was placed under arrest and will be charged unarmed burglary and vandalism, according to police.