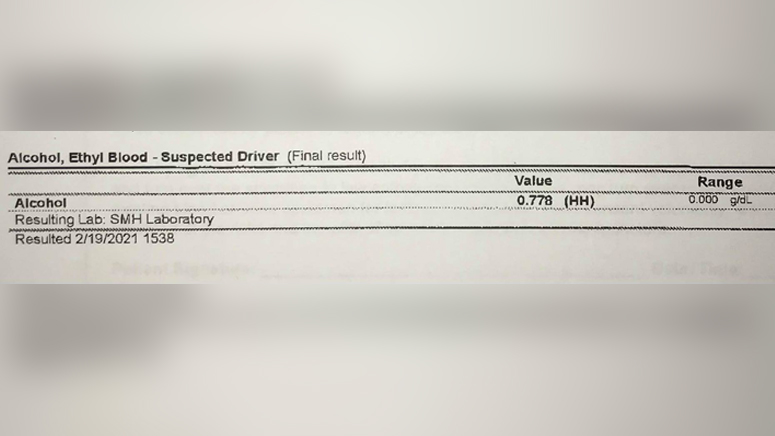 (WHDH) — A “highly intoxicated” driver who led officers on a brief chase before crashing into a concrete barrier last week had a blood-alcohol level that was more than nine times the legal limit, authorities said.

Officers responding to a report of a hit-and-run crash at a travel plaza in Madras, Oregon, stopped a vehicle that was being driven by a person who appeared to be very drunk, according to the Warm Springs Police Department. The driver then allegedly fled the scene, prompting a brief chase.

The driver reportedly lost control and crashed into a concrete barrier less than a mile from the scene of the initial stop.

A breath test indicated that the driver’s blood-alcohol level was 0.77 percent, more than nine times the state’s legal limit.

The driver was taken to the hospital for a health evaluation after the crash.

Criminal charges are said to be pending.