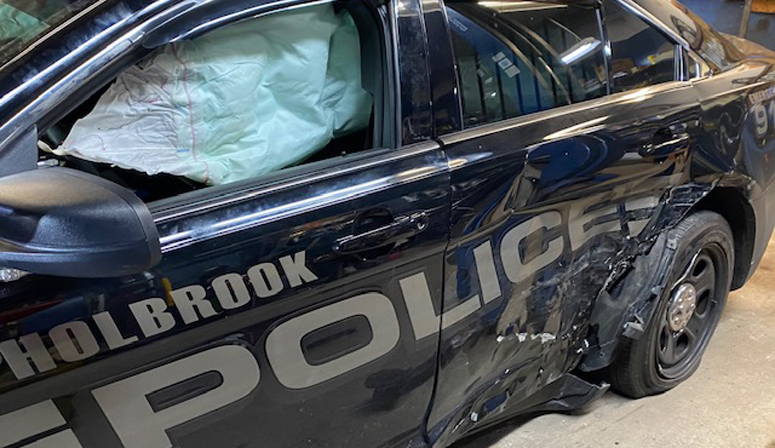 Pierre Deus, 33, is slated to be arraigned Monday in Quincy District Court on charges including operating under the influence of liquor, operating to endanger, marked lanes violation, and unlicensed operation of a motor vehicle, according to the Holbrook Police Department.

Emergency crews responding to a report of a crash in the area of Pond Street on Saturday around 10:30 p.m. found a heavily damaged Holbrook police cruiser and a banged-up Mercedes, police said.

An investigation determined Deus struck the cruiser after crossing the double yellow line into oncoming traffic.

The officer has since been treated and released from the hospital.