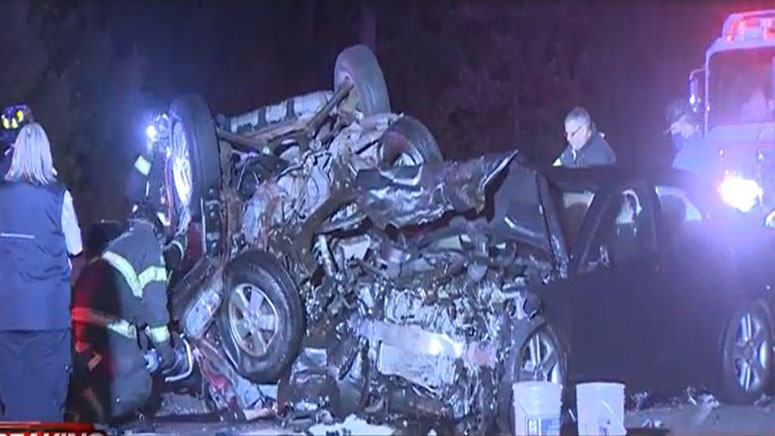 A wrong-way driver was killed in a four-vehicle crash on I-93 in Milton in October 2020.

MILTON, MASS. (WHDH) - Police have identified the wrong-way driver who was killed in a four-vehicle crash on a highway in Milton early Saturday morning.

Troopers responding to a report of a wrong-way driver on the northbound side of Interstate 93 near Exit 3 around 5 a.m. found a 2008 Ford Escape that had slammed head-on into a 2017 Ford Escape, according to Massachusetts State Police. A Mercedes C300 then struck the wrong-way vehicle after it flipped on its roof and pushed it into a Kia Sportage.

The driver of the 2008 Ford Escape, Stephen Zorn, 24, of Stoughton, was pronounced dead at the scene.

A 38-year-old Raynham woman who was driving the Kia suffered minor injuries.