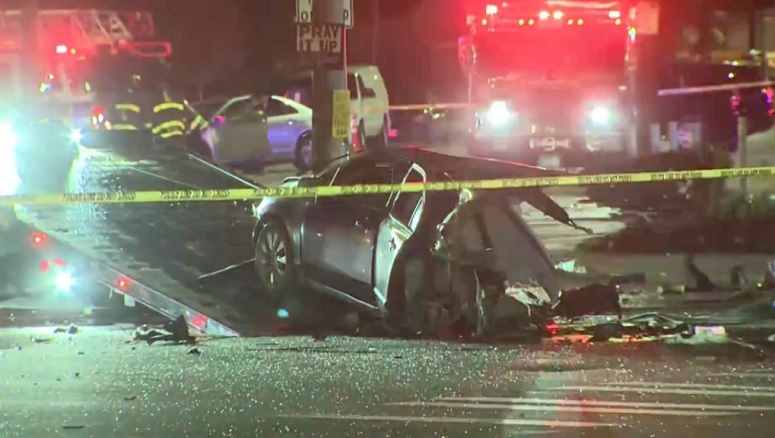 Officers responding to a report of a crash at the intersection of Winthrop Avenue and South Union Street around 12:30 a.m. found two totaled vehicles and debris and glass scattered across the roadway, according to police.

A preliminary investigation suggests a 20-year-old Lawrence woman was driving a black 2011 Honda Civic on Winthrop Avenue when she was hit by a gray 2006 Acura traveling on South Union Street, according to authorities.

The driver of the Civic sustained serious injuries and was med-flighted to the hospital where she remains in critical condition. Her passenger, identified as Gabriela Hernandez, 24, of Lawrence, was pronounced dead at the scene, according to a statement issued Friday by the Essex District Attorney’s Office.

No charges have been filed in connection with the crash. The cause remains under investigation.