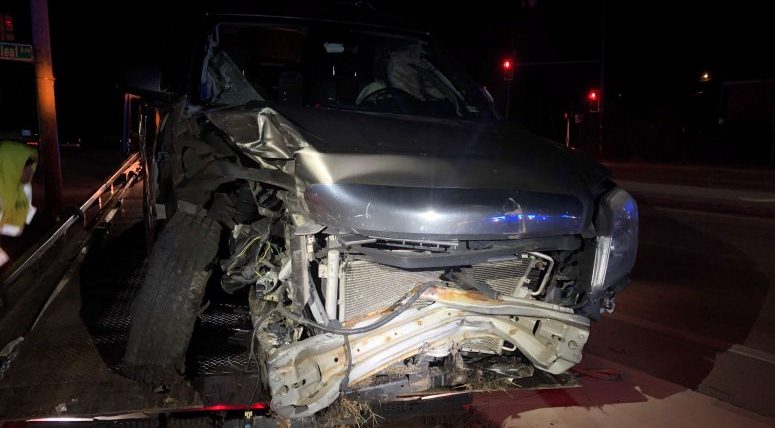 Emergency crews responding to a reported crash around 11 p.m. learned that a vehicle traveling southbound on the Route 1 Bypass had left the roadway before striking a utility pole and then two parked cars in a dealership parking lot, according to Portsmouth police.

The driver of the vehicle, 39-year-old Shayna Derochemont, of Portsmouth, was transported to Portsmouth Regional Hospital, where police arrested her for aggravated driving while intoxicated.

She is slated to be arraigned at a later date in Rockingham Superior Court.