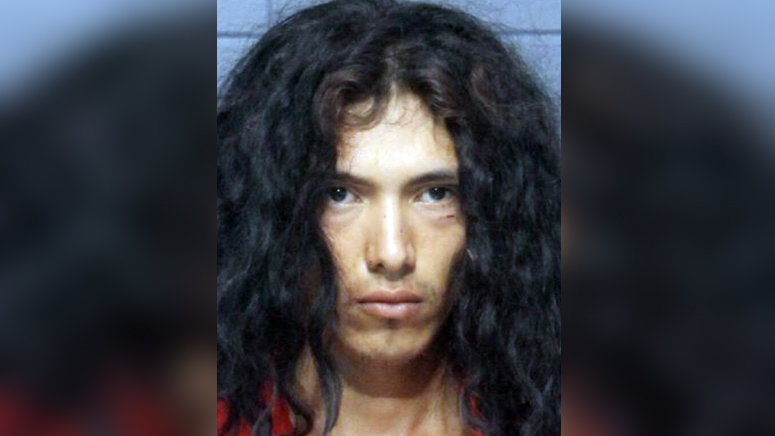 (WHDH) — A knife-wielding man in a devil mask was arrested Sunday after authorities say he hacked his girlfriend and her sister to death before wounding his own siblings in a violent rampage.

Urias’ sister, 17, was critically injured in the attack and remained in the hospital as of Monday, while his 15-year-old brother has since been treated and released.

The group had been talking in the living room of a home in LaPlace when an argument broke out between Urias and Tornabene, the news outlet reported.

The couple decided to go into a bedroom but Tornabene walked out within moments, followed by Urias, who was decked out in a red devil mask with two knives in hand, St. John the Baptist Parish Sheriff Mike Tregre said. Urias then allegedly stabbed his girlfriend to death.

When Urias’ siblings tried to intervene, Tregre said he “turned on them and stabbed them.”

Tornabene’s sister reportedly fled from the home but Urias cornered her in a neighbor’s garage and slashed her with a knife, attracting the attention of the homeowner.

“I looked him in his eyes. He looked like the devil,” the homeowner said of Urias, whose face was dripping with blood.

The homeowner, who was watching football with his grandchildren when he heard screams, told the news outlet that Urias had the “teen’s innards wrapped around his neck.”

After slamming the door shut, the homeowner said a growling Urias tried to gain entry to his house for several minutes before continuing to stab his girlfriend’s sister with what he called a “machete.”

“The last thing I heard her say was, ‘You’re gonna kill me,'” the man recalled.

Cleaners dressed in white jumpsuits were later reportedly spotted scrubbing blood from the sidewalk in front of the home that Urias shared with his girlfriend and his sister. Blood could also be seen dripping down the door and steps.

Urias’ siblings were said to be visiting from Baton Rouge at the time of the attacks.

He is being held in state custody without bond pending trial.

The killings remain under investigation.