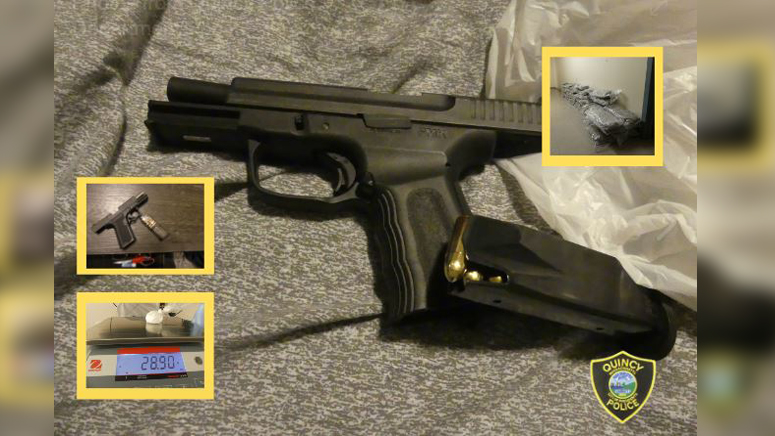 QUINCY, MASS. (WHDH) - A man is facing drug charges after police found him with more than 60 pounds of marijuana in Quincy on Sunday, officials said.

After an investigation into a bulk marijuana business, officers followed a suspect and saw him driving with a suspended license on Federal Avenue at 5:15 p.m., police said. The suspect allegedly got into a Jeep and when officers searched the Jeep after arresting him on the driving charge, they found 30 one-pound bags of marijuana.

The driver of the Jeep, Shane Smith, 27, of Charlestown, was charged with possession of a class D substance with intent to distribute and conspiracy to violate controlled substance law.