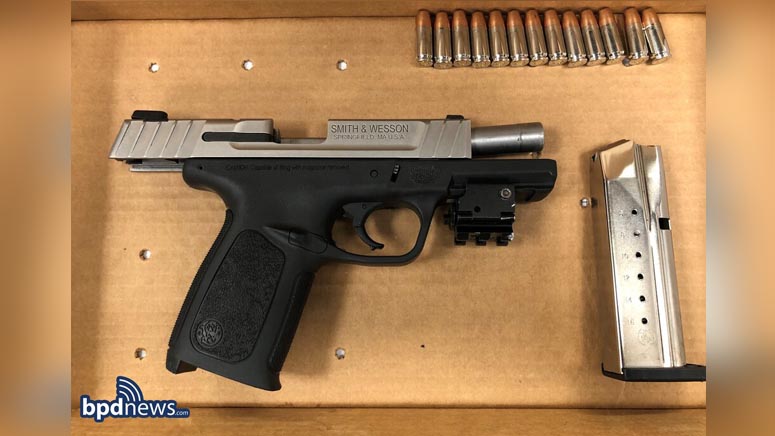 BOSTON (WHDH) - A man is facing weapons charges after police say they caught him with a loaded gun following a foot chase in Mattapan Tuesday, police said.

Officers patrolling near West Selden Street and Woodale Avenue pulled an SUV over for running a stop sign and the driver then took off running clutching his waistband, according to a release issued by the department.

Officers caught the man hiding behind a building on Delhi Street and K9 units were able to recover a loaded Smith and Wesson 9mm with a large capacity feeding device with 16 rounds in the magazine.