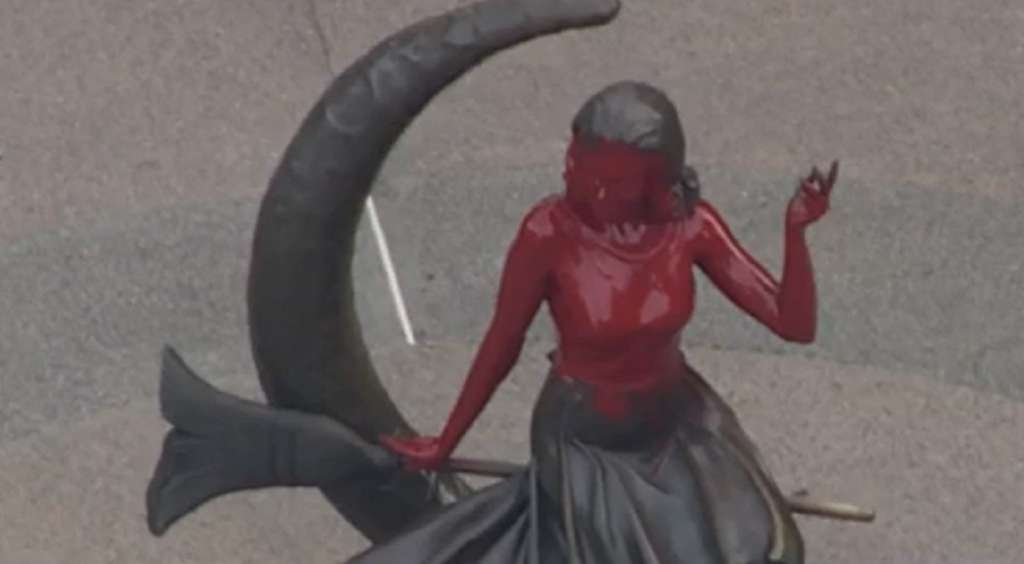 The nine-foot-tall statue was found coated in red paint Monday afternoon, police said. A witness said he and his friends saw the culprit.

“We were eating and we actually smelled the paint in the air, and my wife said ‘What is he doing?'” said Richard Rennard. “I got up and yelled, and one of our friends got up and called the police.

Officers said they took a man into custody and he will be charged with defacing property and resisting arrest.