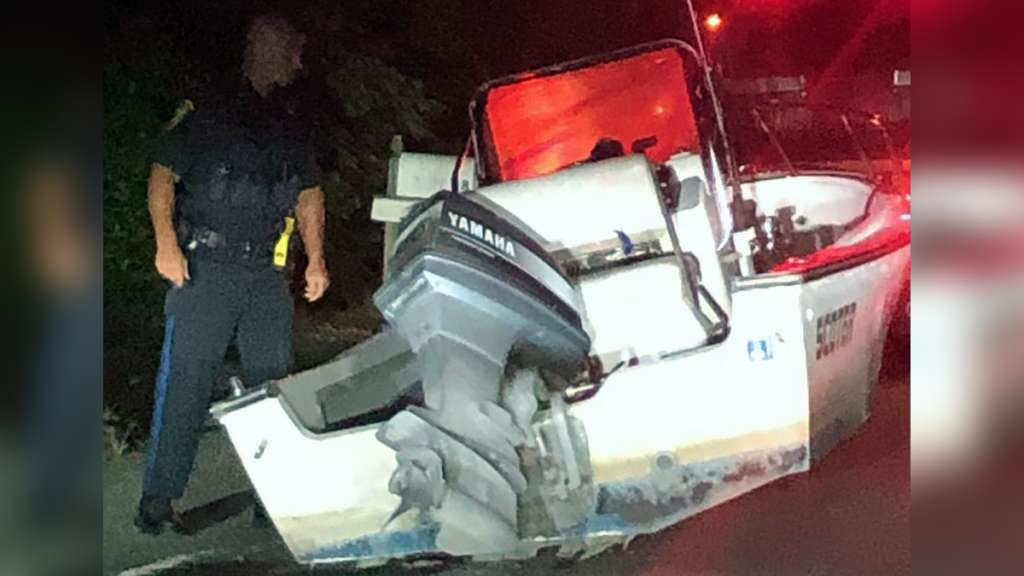 SANDWICH, MASS. (WHDH) - A man is facing criminal charges after police say he dragged a 19-foot boat behind his truck as he drove down a road on Cape Cod, nearly striking an officer’s patrol vehicle head-on.

John Ferguson, 22, of Sandwich, was arrested Saturday on charges including operating under the influence, negligent operation, and marked lanes violations, according to the Sandwich Police Department.

An officer on patrol in the area of Service Road around 1:30 a.m. was nearly struck by Ferguson’s boat, which was dangling off a trailer and being dragged in the opposite lane of traffic, police said.

After avoiding a collision, the officer stopped Ferguson and took him into custody.

Ferguson is slated to face a judge on Tuesday.