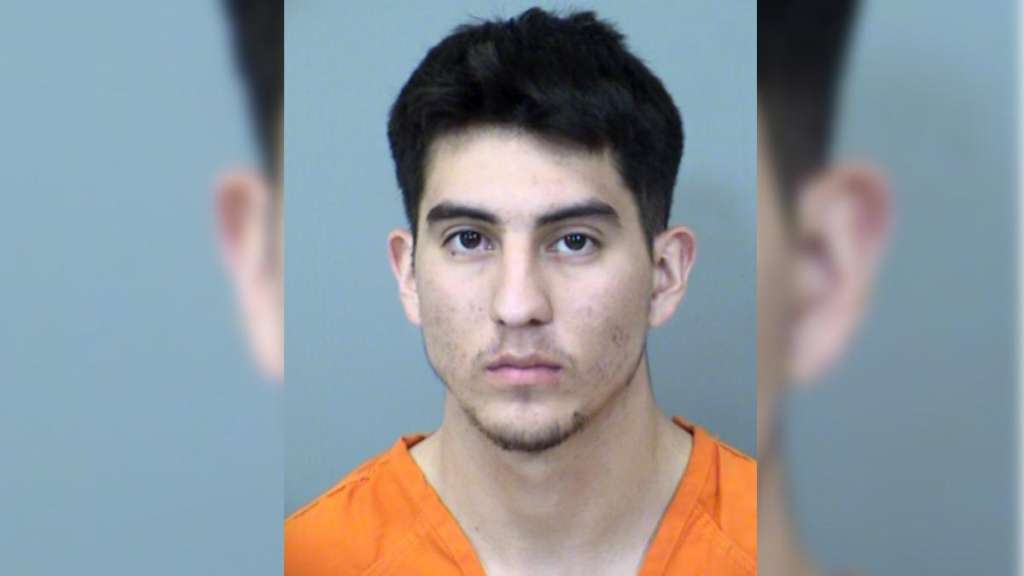 An 18-year-old man allegedly kidnapped his ex-girlfriend’s current boyfriend before fatally shooting him and dumping his body in the desert in Phoenix early Wednesday morning.

Jerssen Perez waited outside of his ex-girlfriend’s house around 2:30 a.m. for her current boyfriend, 19-year-old Oscar Ortega, to leave the home, according to court documents obtained by azfamily.com.

When Ortega did leave, Perez allegedly kidnapped him at gunpoint.

Ortega texted his girlfriend to let her know that he had been kidnapped before Perez tried taking the phone from him, the documents read.

He dumped Ortega’s body in the desert, the documents state.

Perez put evidence such as shell casings and Ortega’s clothing into a backpack and placed that into a large bush, according to the documents.

Ortega’s family reported around 8 a.m. that he had been kidnapped.

Later that day, Perez’s family called the police and said he confessed to the murder and gave them the murder weapon, documents read.

Perez was arrested around 3 p.m. and allegedly admitted to the crimes and led police to Ortega’s body and the backpack.

He also allegedly told investigators that he planned the crimes and had been thinking about killing Ortega for a month.

Perez was arraigned and a judge set his secured bond at $1 million.