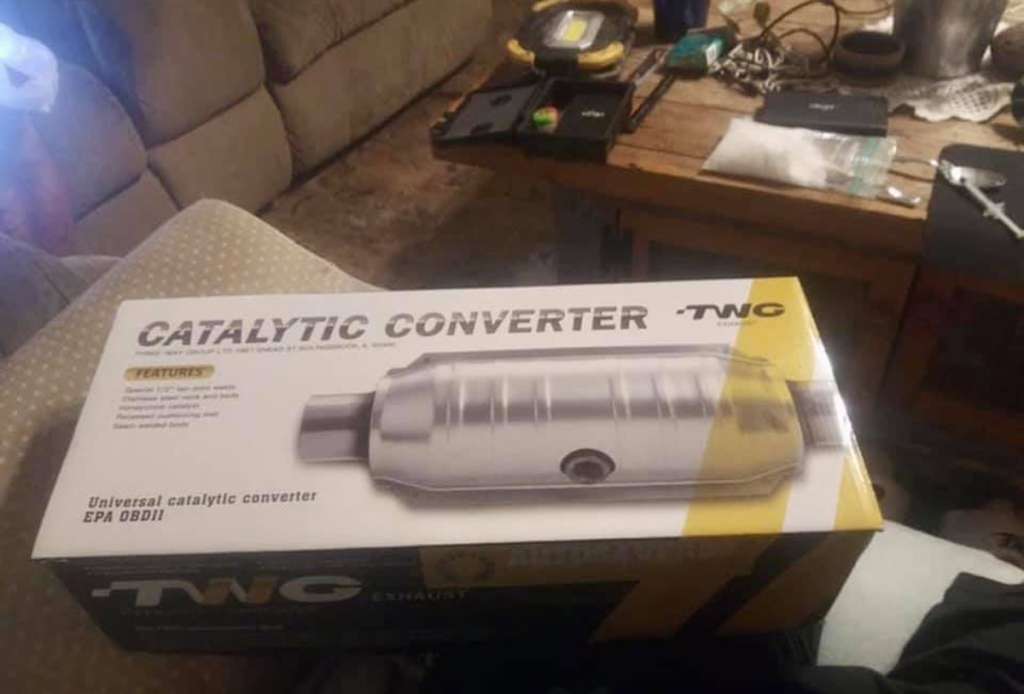 (WHDH) — A man trying to sell a catalytic converter on Facebook Marketplace was arrested after he posted a photo of the item that showed a large bag of crystal methamphetamine and a syringe on a table in the background, authorities said.

James Anthony Kertz, 38, of Missouri, was arrested Wednesday on charges including possession of a controlled substance, according to the Stone County Sheriff’s Office.

“Last night one of our Stone County residents posted a catalytic converter for sale on Marketplace,” Sheriff Doug Rader said in a news release. “Apparently he must have been under the influence because in the background of his picture he posted, he left his large bag of meth and syringe on the coffee table.”

Rader noted that someone noticed the drugs and immediately notified his office. A detective who was sent to Kertz’s home reportedly found 48 grams of crystal methamphetamine, as well as an illegal firearm.

“Sorry folks, his catalytic converters are not for sale right now,” Rader said. “Take note, if you are selling items on social media, make sure your drugs are not in the background!”