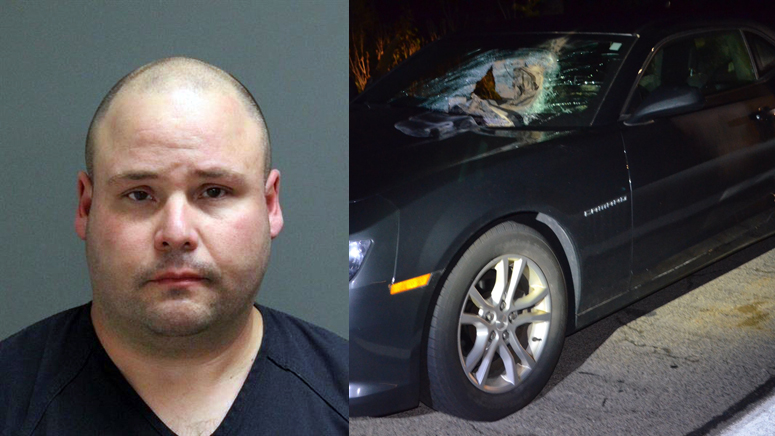 (WHDH) — A man is facing criminal charges after police say he tossed several 40-pound sandbags off a highway overpass, one of which smashed through a woman’s car, leaving her with serious injuries.

Troopers responding to a report of a crash on the westbound side of Interstate 96 in Lyon Tonwship around 11 p.m. on Oct. 4 learned that Garcia had left his truck following a crash on the highway and walked up onto the Old Plank Road overpass, which is currently under construction, police said.

Garcia then allegedly started hurling the hefty sandbags off the overpass in an attempt to hit passing vehicles on the highway below. Police said one of the bags crashed through a woman’s windshield, leaving her with serious injuries.

The victim was very lucky she wasn’t more seriously hurt or killed. Throwing anything on to the freeway from a overpass or the the embankment can cause serious damage, injuries or death. Don’t do it! pic.twitter.com/MRuFfyv3Bw

“The victim was very lucky she wasn’t more seriously hurt or killed,” police said in a tweet. “Throwing anything on to the freeway from an overpass or the embankment can cause serious damage, injuries, or death. Don’t do it!”

Garcia reportedly fled the scene and got a ride home from a passerby, who he told what had just happened. The passerby later called 911 and gave police Garcia’s address.

Footprints found on the overpass matched the shoes Garcia was wearing when he was taken into custody, police said.

Garcia faces up to 10 years behind bars if convicted.