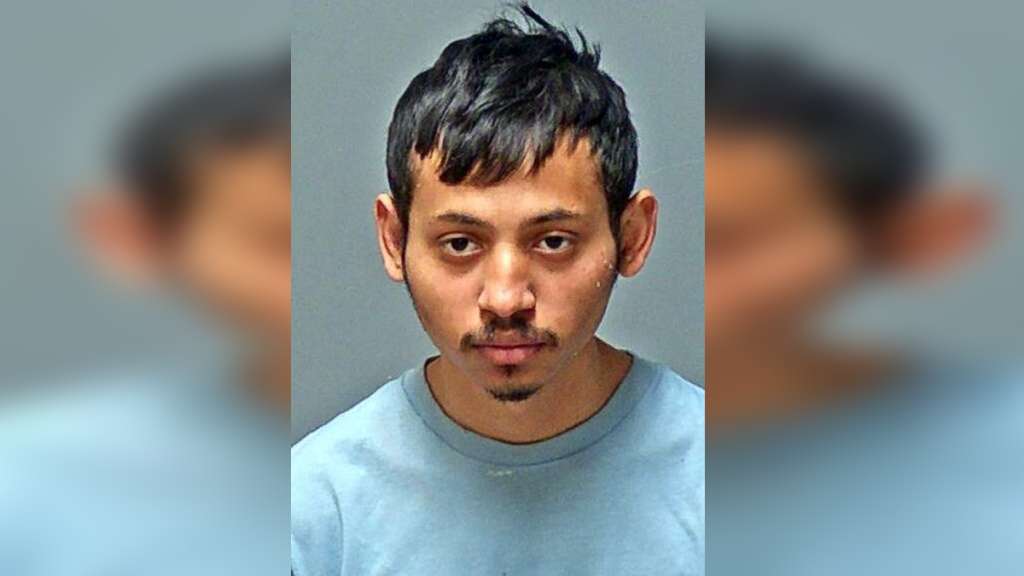 MANCHESTER, N.H. (WHDH) - A New Hampshire man is facing a charge of attempted murder after police say he approached another man at random and swung a large meat cleaver at him.

Abishek Rasail, 21, of Manchester, was arrested Friday on charges including attempted murder and breach of bail, according to the Manchester Police Department.

Officers patrolling the area of Lake Avenue and Union Street around 10:30 a.m. spotted Rasail, who looked very angry and was walking at a fast pace, police said.

“He had a flat cardboard envelope in his pocket and there was a tan colored handle protruding from the envelope,” the department said in a news release. “He appeared to be following someone and on occasion would get off the sidewalk and stand behind a building or a car and peer out.”

Officers swarmed Rasail and took him into custody after police say he pulled out the cleaver and swung it at the victim. The victim was able to avoid the knife and run into a nearby building.