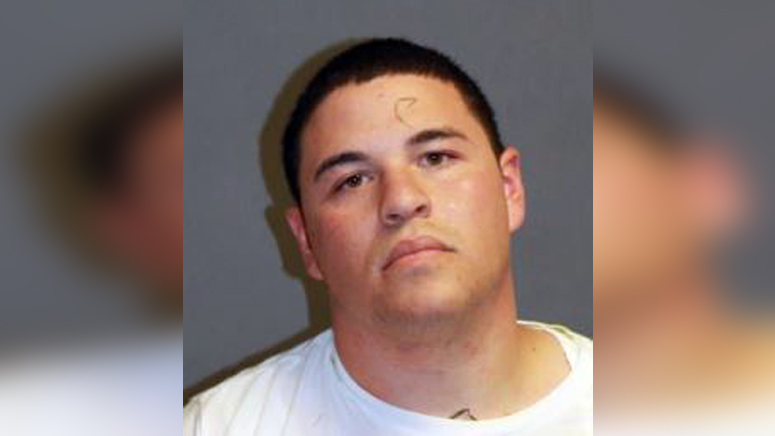 NASHUA, N.H (WHDH) - A New Hampshire man is facing criminal charges after police say he hijacked a cruiser and bit an officer who was left clinging to an open door before nearly running down several pedestrians and crashing into a park bench on Sunday morning.

Oscar Alicea, 24, of Nashua, is slated to be arraigned Monday in Hillsborough County Superior Court on charges including four counts of reckless conduct, theft of a motor vehicle, theft of a motor vehicle, robbery, three counts of conduct after an accident, simple assault on a police officer, resisting detention, resisting arrest, obstructing government administration, and operating without a valid license, according to the Nashua Police Department.

An officer conducting a traffic stop on Marshall Street near Bowers Street just before 12 p.m. saw Alicea suddenly hop into his cruiser and put it in gear, police said.

Alicea then allegedly drove off the road, hit a fence and porch, then crashed into a bench as the officer clung to the vehicle in an attempt to stop the suspect.

Police say Alicea bit the officer during the incident and “recklessly placed” pedestrians in danger.

Alicea, who was not licensed to drive, allegedly resisted arrest before the officer was able to subdue him.

The officer has since been treated and released from the hospital.