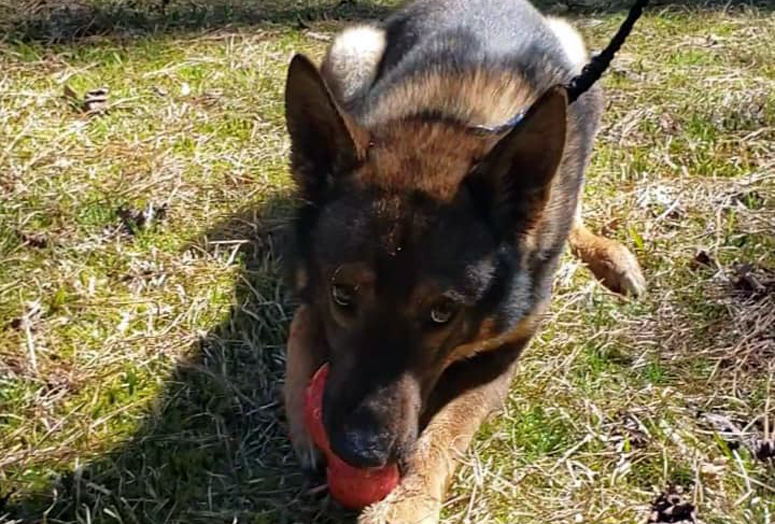 (WHDH) — A police officer has resigned after he was caught on video lifting his K9 by the leash and slamming the animal into the side of a patrol car.

Officer James Hampton, of the Salisbury Police Department in North Carolina, recently tendered his resignation after those who conducted an extensive investigation into the incident involving his K9 recommended him for termination, officials announced Wednesday.

“Officer James Hampton was K9 Zuul’s handler, and was the officer depicted in the video engaging in inappropriate discipline of Zuul,” the department said in a news release. “The police department’s review determined that Officer Hampton had acted in a manner entirely inconsistent with his K9 training and had violated police department policy. As a result, he was recommended for termination.”

Hampton became the subject of the investigation in early March after WJZY-TV obtained video that showed the officer lift Zuul by his training leash and slam him into the cruiser.

Prior to the violent act, Zuul could be seen jumping from an open door in attempt to follow Hampton as he walked away from the cruiser.

The video then showed Hampton walk up to Zuul and start swinging him around by the leash. A thud could be heard when Hampton then banged Zuul into the cruiser.

Hampton then appeared to yell “stay” and struck the dog with his hand as stuffed him back into the cruiser.

As the camera rolled, someone could also be heard saying, “We’re good, no witnesses.”

K9 Zuul was removed from Hampton’s care after the video surfaced. A veterinarian gave Zuul a clean bill of health last month.

A third-party agency, US ISS Agency, assisted with the investigation.