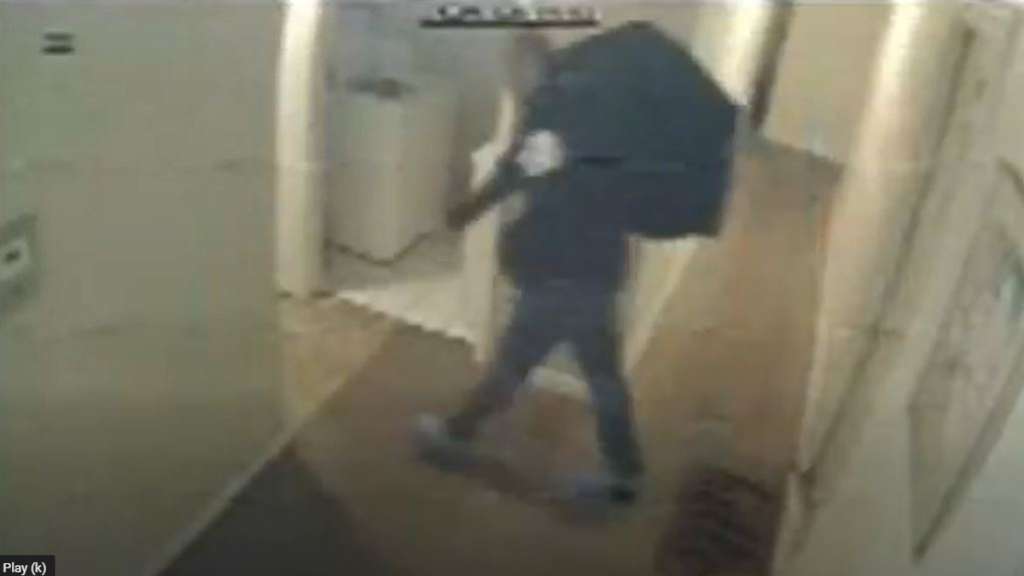 AMESBURY, MASS. (WHDH) - Authorities are turning to the public for help tracking down two suspects who are wanted in connection with a robbery and a shooting at a home in Amesbury that left a man wounded on Monday morning.

Amesbury police released a short video clip Tuesday showing one of the suspects leaving the building with a black trash bag. The other could be seen running out of a room and into a hallway.

Officers responding to a report of a robbery at home in the area of Mill Street between 8 a.m. and 9 a.m. found a 26-year-old man suffering from a gunshot wound to the knee, according to the Amesbury Police Department.

He was taken to Portsmouth Hospital with non-life-threatening injuries.

The suspects, who police described as white men with shaved heads, reportedly fled the area in a gray Nissan Altima with Massachusetts license plate 8TM845. One of them was wearing a black hooded sweatshirt with “North Face” written on the front in white print.

The victim’s mother told police that her son claimed the suspects stole a safe from the home.

“He said he didn’t know them but he knows somebody that does know them,” the victim’s mother said.

Police have roped off the home with crime scene tape as they continue to collect evidence.

“We feel confident they have left the area, but police are searching the area with canines,” police said in a statement. “There is no threat to public safety at this time.”