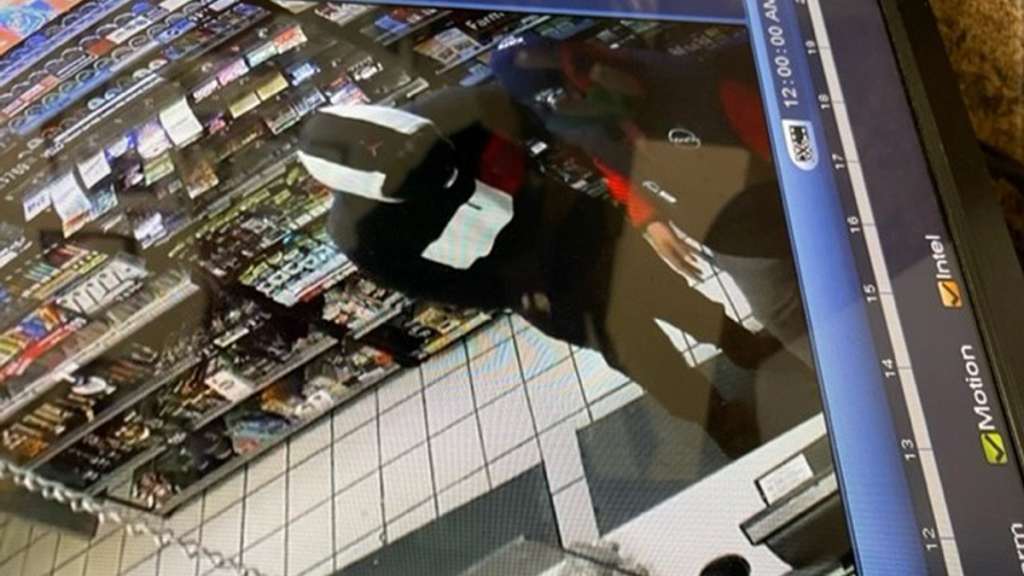 MANCHESTER, N.H. (WHDH) - Police are searching for a man accused of robbing a gas station and punching a clerk in Manchester, New Hampshire early Tuesday morning.

Officers responding to a reported robbery at the Shell gas station on Hanover Street around 4 a.m. met with the clerk who said that an unknown man entered the store, threw a plastic bag on the counter, punched the clerk, and then demanded money, according to Manchester police.

The clerk opened the cash register and the man took an undetermined amount of money, police said.

The suspect, who is described as a Black male who is short in stature and has an accent, was reportedly in the store for under a minute and left on foot.

He was last seen wearing a black and white hooded sweatshirt, black shoes, and a white mask.

A K-9 track was conducted but was unsuccessful, police said.