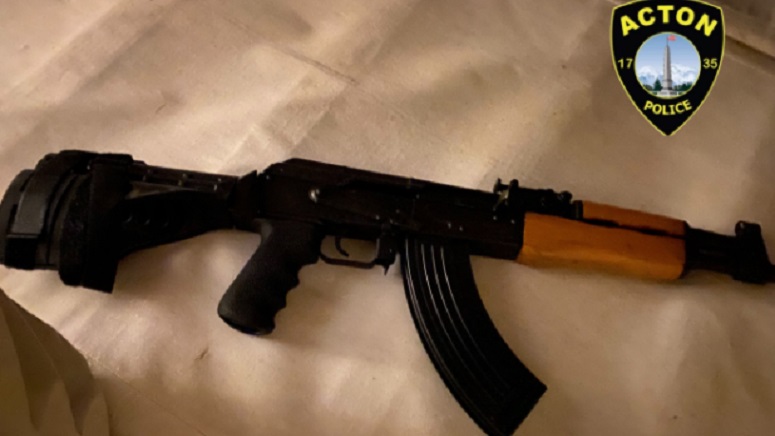 ACTON, MASS. (WHDH) - Police are searching for a man after finding an illegal gun hidden in his bed in Acton Monday, officials said.

Officers responding to reports of a fight at a Post Office Square business at 12:15 p.m. Monday were told that the two men involved were known to each other and were fighting about their shared living space, police said. Officers were allegedly told one of the men might have unregistered guns at the home.

After obtaining a warrant, officers searched a Great Road home and found an AK-47 assault rifle and two 30-round feeding devices in between the man’s mattress and box spring, police said. The feeding devices are illegal in Massachusetts and the man is not licensed to own a gun, police said.