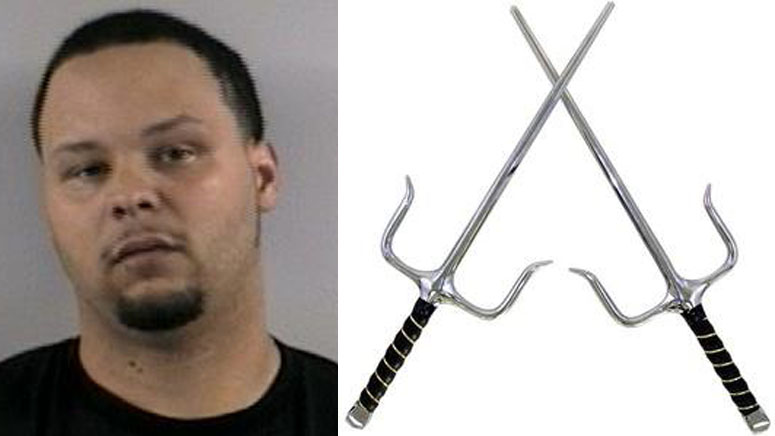 SPENCER, MASS. (WHDH) - Police are searching for a man accused of stabbing another man with a martial arts sai sword in Spencer on Wednesday.

Officers responding to a reported assault at a Spencer residence shortly after 1 p.m. found a 26-year-old Lowell man suffering from a puncture wound to the back, according to police.

He was taken to UMass Memorial Medical Center, where he was initially uncooperative but later identified Brendon Jay Unrich, 31, of Spencer, as the suspect, police said.

Unrich, who is wanted on an assault and battery with a dangerous weapon, is believed to have left the state, police said.

Anyone with information on Unrich’s whereabouts is asked to call Spencer police at (508) 885-6333.