Police searching for suspect in connection with Dracut bank robbery 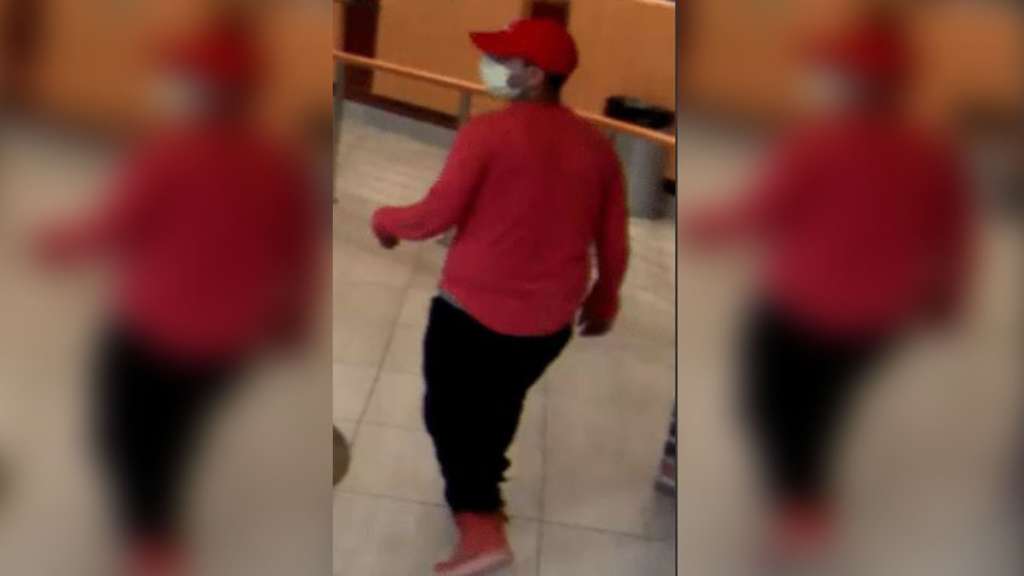 DRACUT, MASS. (WHDH) - Dracut police are turning to the public for help in their search for a suspect in connection with a bank robbery on Friday, officials said.

Officers responding to a reported robbery at the Jeanne d’Arc Credit Union at 1345 Lakeview Ave. around 1:05 p.m. talked to the assistant manager of the bank, who said a male allegedly robbed the bank by passing a note to one of the bank tellers.

The bank manager described the suspect as a tan-skinned male last seen wearing a red hat and a blue and white disposable face mask. After reviewing the money, the man allegedly exited the bank on feet and turned left down Lakeview Avenue, police said.

In the surveillance video reviewed by police, the male was seen entering the bank and allegedly passing the note to the teller. The footage then showed the male exiting the bank and entering an awaiting a blue Mazda 3 believed to be a 2014 model that had been parked at the end of the parking lot.

The vehicle was caught on video driving out of the parking lot to the right, according to Dracut police.

Footage also showed what appears to be a possible neck tattoo on the left side of the male’s neck, above the collar line.

Anyone with information is asked to contact Dracut Police Detective Alex Gerrish at 978-957-2123.