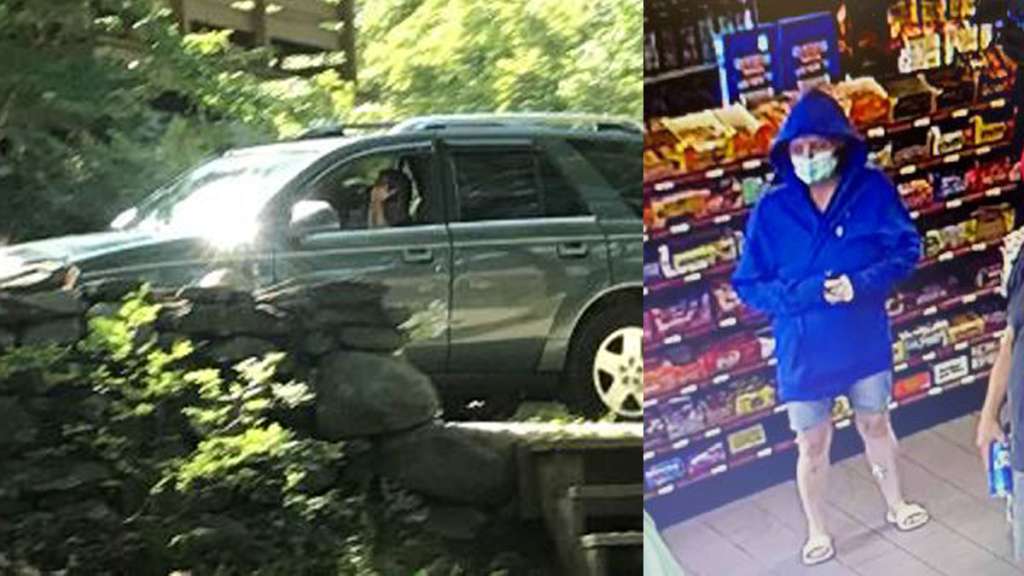 HOLLIS, N.H. (WHDH) - Police are seeking two suspects after a credit card stolen from a car was used at a convenience store in New Hampshire on Saturday afternoon.

Officers responding to a report of a smashed car window on Maple Hill Farm at Beaver Brook on Ridge Road around 2:45 p.m. discovered that items had been taken from the vehicle after someone broke its window, according to Hollis police.

An alert hiker was able to capture a picture of the suspect.

A credit card stolen from the car was later used at a convenience store in Amherst, police said.

Police have included a surveillance image of a woman who is believed to have used the card.

Anyone who can identify the two suspects in the photographs or who has additional information is asked to call Officer Nicholas Collishaw at 603-465-7637.