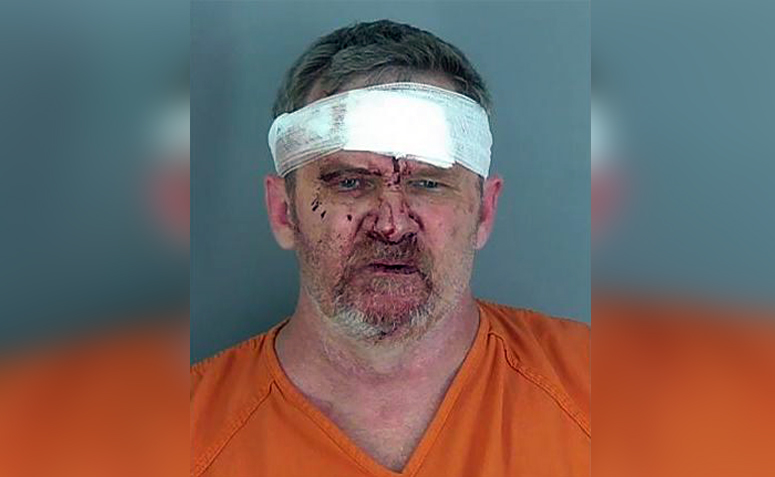 (WHDH) — A group of dads reportedly held down a registered sex offender and waited for police to arrive after he allegedly watched a teenage girl as she went to the bathroom inside a popular restaurant over the weekend.

Douglas Lane, 53, of Charlotte, North Carolina, is facing charges including voyeurism and possession of marijuana in connection with an incident at a Cracker Barrel in Duncan, South Carolina, on Sunday, WSPA-TV reported.

A 15-year-old victim claimed she saw Lane peek his head out from the stall next to her as she used the restroom, Duncan Police Chief Carl Long told the news outlet. Witnesses say other people were in the bathroom while Lane lurked inside.

The victim’s father confronted Lane at the entrance to the bathroom, according to Long. When Lane tried to get away, several other fathers reportedly tackled and restrained him the parking lot.

Long said responding officers found Lane’s phone on the floor in the bathroom.

Lane has eight similar charges on his record, according to the news outlet.

A judge has since ordered Lane to wear a GPS monitor and have no contact with the victim.

Additional charges are possible pending the outcome of an investigation.

He is due back in court in November.