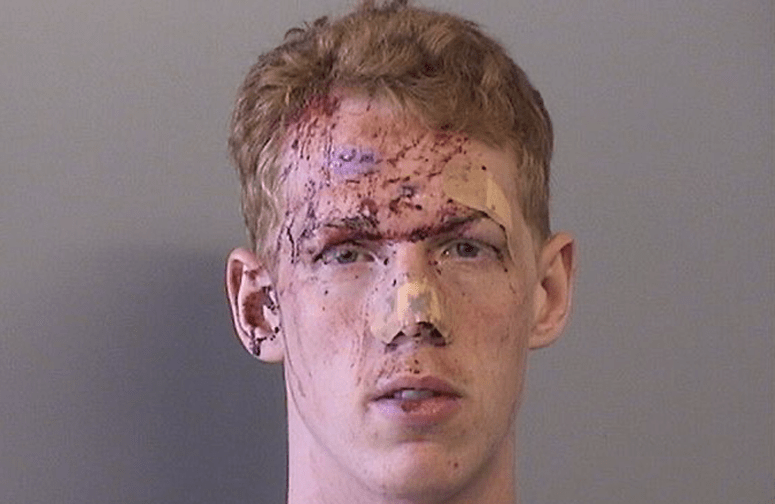 (WHDH) — A man who had been allegedly stalking a woman for weeks and leaving candy on her doorstep was arrested Friday after police say he wounded her husband with a shotgun before attempting to kidnap her.

Justin Arthur-Ray Davis, of Oklahoma, is facing charges including shooting with intent to kill, burglary, and attempted kidnapping, according to the Tulsa Police Department.

Officers responding to a report of man trying to kidnap a woman in the area of South Toledo Avenue spoke with witnesses who stated that Davis had dragged the victim down the stairs to her apartment, punching and choking along the way, police said.

Police say the victim and her husband were leaving for work when they noticed Davis sitting in his truck. He then allegedly got out of his truck with a shotgun in hand and chased after the couple.

When the couple retreated back inside their apartment, Davis is said to have fired through the door, hitting the man in the hand.

Davis then pointed the shotgun at the man, fired two rounds in the air, and threatened to kill him if his wife refused to leave in the truck, according to police.

Davis was taken into custody after he crashed his truck in attempt to evade capture.

“Davis has been stalking the victim for over a month after he resigned at their mutual work place,” police wrote in a press release. “She had made reports of Davis sitting outside her apartment and leaving candy and food on her door step.”

It’s not clear when Davis will be called to court.