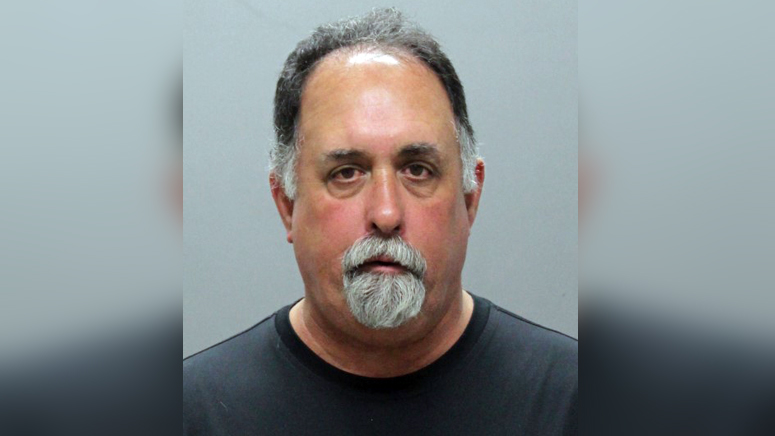 TAUNTON, MASS. (WHDH) - A drunken Taunton man was arrested on a hate crime charge after police say he pistol-whipped, shoved, kicked, and hurled racist remarks at a man who allegedly urinated on his fence late Thursday night.

Joseph Amaral Jr., 59, of Taunton, is slated to be arraigned Friday in Taunton District Court on charges including assault and battery with a dangerous weapon, armed assault and battery to intimidate causing bodily injury, intoxicated licensee carrying a firearm, civil rights violation, threat to commit a crime, vandalizing property, and improper storage of a firearm, according to the Taunton Police Department.

Officers responding to a report of a person who was injured in the area of Bay Street around 10:15 p.m. found a 23-year-old Raynham man bleeding from his nose with a bump on the side of his head, police said.

The victim reportedly told police that he was pistol-whipped after he got out of his vehicle to relieve himself on a fence outside of Amaral’s home on North Avenue.

Amaral was pulling into his driveway when he spotted the victim, approached him with a pistol in hand, and started screaming racial and derogatory obscenities, according to police.

Amaral then allegedly struck the man twice in the head with the pistol, pushed him into the fence, and kneed him as two of the victim’s friends looked on.

As the victim and his friends drove away, police said Amaral struck and kicked the vehicle several times, causing significant damage.

Amaral, who appeared to be intoxicated, reportedly invited investigators into his home following the alleged assault.

He was taken into custody after a protective sweep of his home yielded a black pistol, three rifles, two shotguns, a revolver, and boxes of ammunition, police said.

Investigators also noted that they are aware of a video of the incident that is circulating on social media.

“This type of racism, bigotry and violence will not be accepted in our community and any acts of racism or violence will be aggressively investigated by our officers,” Taunton Police Chief Edward J. Walsh said in a statement.