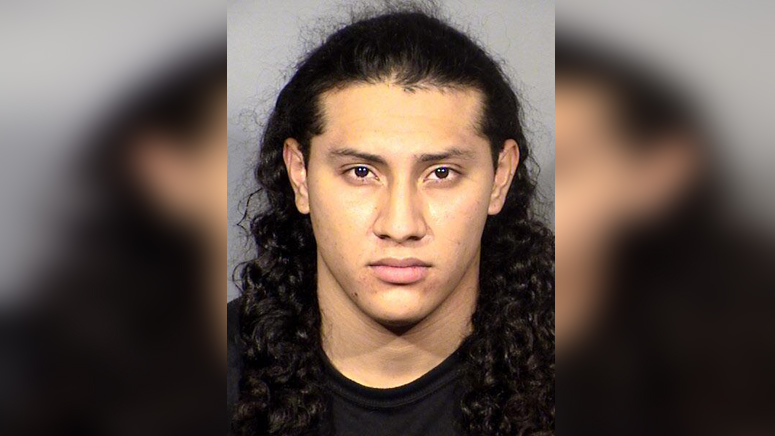 (WHDH) — A minivan driver is facing criminal charges after police say his passenger reached out of a window, randomly shoved a bicyclist to her death, and then fell out of the vehicle and died.

Las Vegas police on Monday arrested 22-year-old Rodrigo Cruz, the alleged van driver, on charges including open murder, duty to stop at the scene of an accident and a parole violation, KVVU-TV reported.

Cruz was driving on Hollywood Boulevard on Sunday around 7:30 a.m. when his passenger leaned out of the van and knocked 56-year-old Michelle Weissman to the ground, killing her, according to Las Vegas police.

The passenger, 20-year-old Giovanni Medina Barajas, subsequently fell out of the window to his death, the news outlet reported.

While in custody, Cruz reportedly denied driving near the sidewalk but said he “likely swerved” while trying to pull Barajas back into the van.

Cruz also said that he drove home after the incident “because he was scared since he was on parole and didn’t think Gio [Barajas] was hurt,” according to a police report obtained by the news outlet.

Cruz was slated to appear in court on Wednesday.