Police: Waitress who chased after group of non-paying customers abducted, assaulted, left on side of road 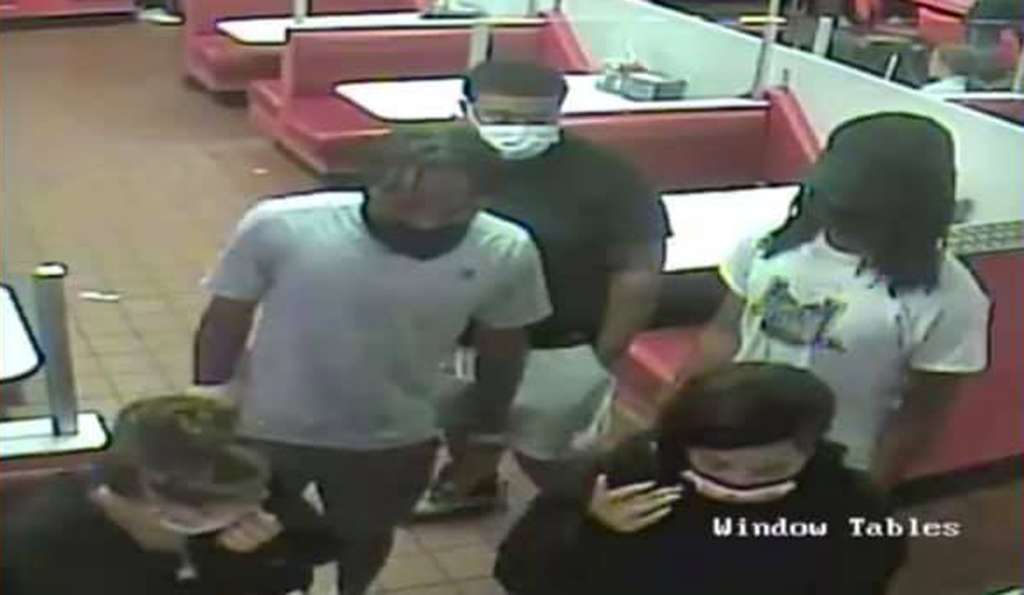 (WHDH) — A waitress who tried to stop a group of customers from ditching their tab was abducted, assaulted, and left on the side of the road over the weekend, police said.

Five people who are now wanted in connection with the incident were eating at Nifty Fifties in Washington Township, New Jersey, on Saturday when they finished their meals and attempted to leave without paying, according to authorities.

The waitress attempted to stop the suspects but they reportedly forced her into a white Dodge Durango, assaulted her, and later ditched on the side of State Highway 42.

Anyone with information on the suspects is urged to contact Washington Township police at 856-589-0330.