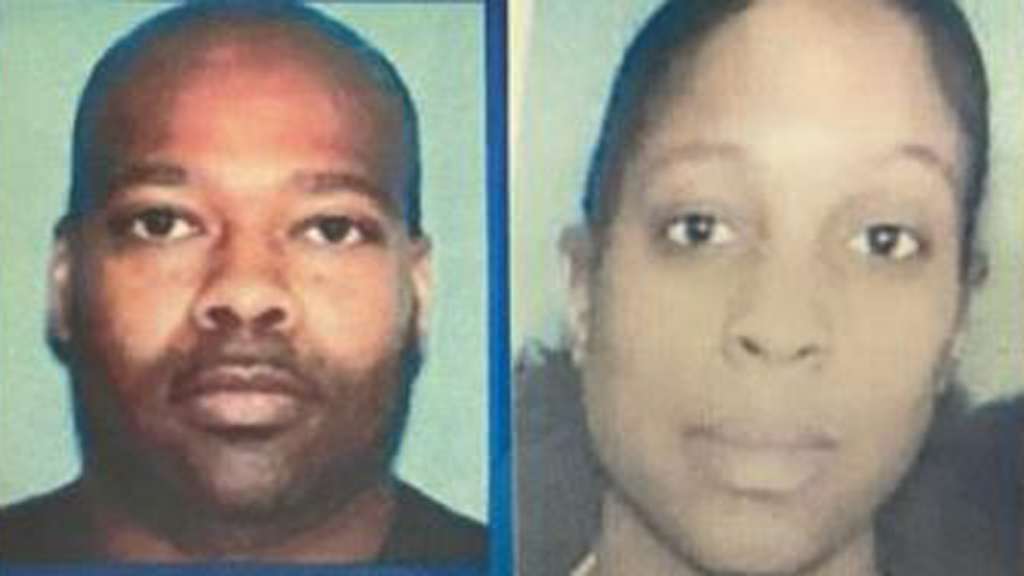 SMITHSBURG, Md. (AP) — Four people found fatally shot after a police chase near the Maryland-Pennsylvania line have been identified as a fired police officer who had been on the run with his two daughters and a police officer who was suspended after joining them, Maryland State Police said.

Robert Vicosa, 41, a former Baltimore County police officer and fugitive wanted for felonies in both states, was found Thursday with his two daughters, ages 6 and 7, in the back seat of a Ford Edge, police said in a news release.

A woman found dead in the driver’s seat was identified as Tia Bynum, 35, a suspended county police officer. One girl was flown to a hospital, where she was pronounced dead, but the other three were pronounced dead on the scene, police said.

Authorities had been looking for Vicosa and the girls for days. Police in Pennsylvania said Vicosa’s estranged wife reported that she escaped after he assaulted her over 24 hours at a Windsor Township home, news outlets reported.

Vicosa and the girls were gone when authorities went to the home Monday. Investigators traced Vicosa’s phone to Bynum’s home, but she wasn’t forthcoming and she was gone when officers returned later, police said.

Vicosa had a handgun and was accompanied by the girls and Bynum when he carjacked and kidnapped a driver Wednesday afternoon in Cockeysville, Baltimore County Police Chief Melissa Hyatt said at a news conference in York, Pennsylvania, on Thursday. The driver was later released unharmed, Hyatt said.

They were spotted next on Thursday afternoon. Pennsylvania State Police alerted Maryland State Police that a Ford Edge matching the description of an SUV linked to felonies including child abduction and carjacking was heading toward the Maryland line. Troopers tried to stop the SUV and a short time later, it went off the road, struck a culvert and stopped in a grassy area.

“Our crisis negotiation team made several attempts to contact the occupants of the vehicle,” Maryland State Police spokeswoman Elena Russo said. “After receiving no response and low visibility inside the vehicle because of a thick layer of smoke that was contained in the interior of the vehicle, police made entry into the passenger side.”

Police said they know of no motive at this time for the shooting, which they described as a murder-suicide. An assault rifle and other firearms were found in the vehicle, and an investigation continues, the Baltimore County Police statement said.

Vicosa was terminated in August, and the department announced on Wednesday that Bynum, now wanted by police and considered armed and dangerous, was suspended and stripped of her police powers in relation to the situation, Baltimore County Police spokesman Kevin Gay said.