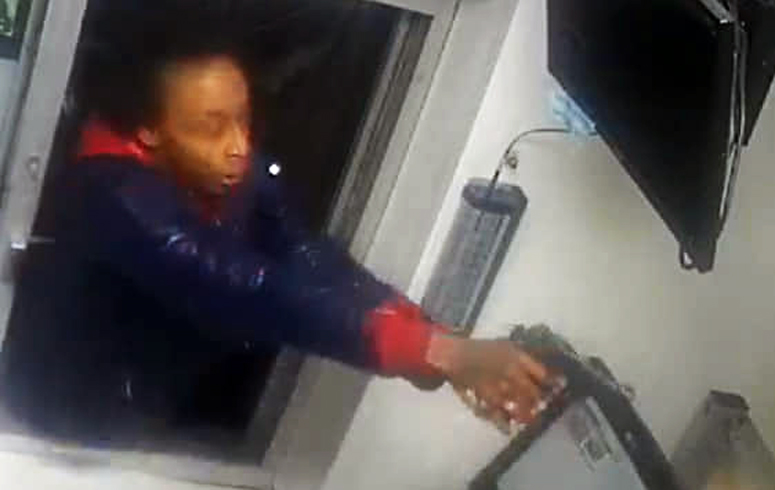 (WHDH) — A woman upset about the wait time at a Burger King drive-thru last week approached the order window with a gun in hand and opened fire on several employees inside the restaurant, police said.

Officers responding to a report of a shooting at a Burger King in Memphis, Tennessee, on March 30 learned the suspect had fled the scene in a gray, four-door sedan, according to the Memphis Police Department.

Surveillance video allegedly showed the angry woman get out of the passenger seat, approach the drive-thru window and strike up an argument with workers before returning to the car to retrieve a black handgun.

Police say the workers fled from the barrage gunfire and were unharmed.

The suspect has not yet been arrested.

Anyone with information on the incident is urged to contact Crime Stoppers at 528-CASH.