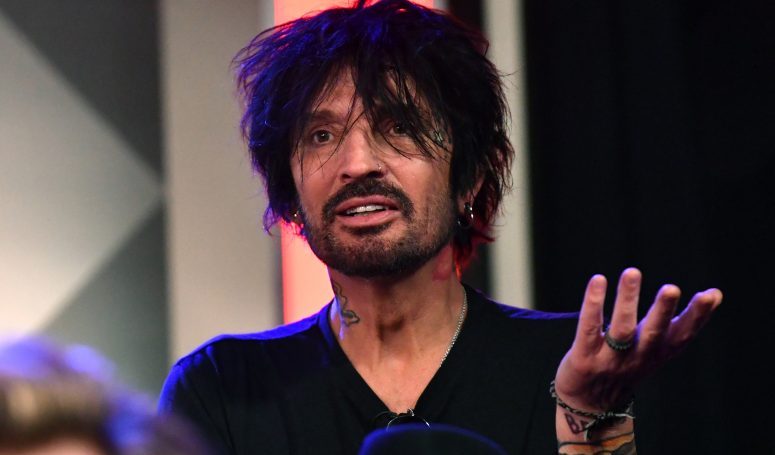 (CNN) — Drummer and frequent Donald Trump critic Tommy Lee has sworn he’ll move to Europe if the President is reelected.

In an excerpt from his interview with The Big Issue magazine, the Mötley Crüe drummer vowed to relocate to Greece, where he was born, if Trump wins the 2020 election.

“Dude, I swear to god if that happens then I’m coming over to visit the UK,” he told the UK publication. “I’m out of here. I’ll go back to my motherland, go back to Greece and get a house on one of the islands.”

Lee has repeatedly criticized the President since Trump’s election in 2016, most recently admonishing him for refusing to condemn white supremacy in the first presidential debate in September.

The President, Lee told The Big Issue, has weakened the United States’ reputation as a global superpower.

“The thing that stings the most is that I feel like we’re embarrassing,” he said. “I feel like people in Europe and the rest of the world look at America and think: ‘What the f**k are you guys doing over there? Stop voting for celebrities and get someone real to run the country.'”

Lee’s one of several rock stars who’ve come out against Trump.

Dee Snider, frontman for Twisted Sister and one-time “Celebrity Apprentice” contestant, criticized the President in August for his handling of the coronavirus pandemic.

And artists like Steven Tyler of Aerosmith and Neil Young have asked Trump not to play their songs at his rallies, citing political differences. Bruce Springsteen, who said in 2018 he believes Trump will be reelected, released a song in protest of Trump’s “Make America Great Again” slogan.