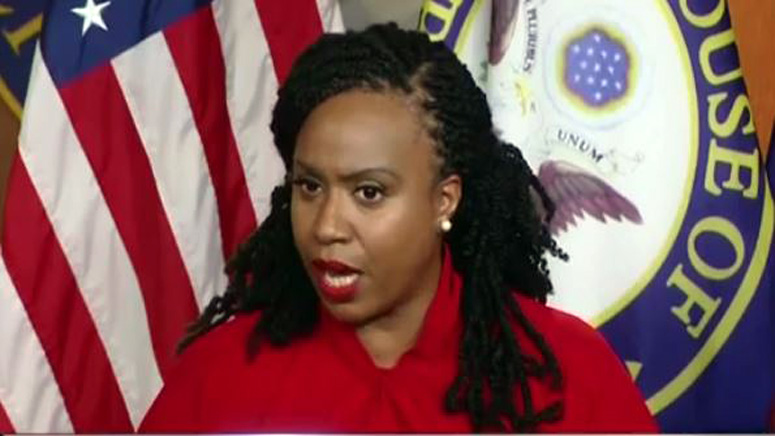 WASHINGTON (WHDH) - Massachusetts Congresswoman Ayanna Pressley announced Wednesday that her husband has tested positive for coronavirus, days after the two sheltered inside the Capitol with other lawmakers as a pro-Trump mob stormed the building.

Pressley’s husband, Conan Harris, was present at the Capitol on Jan. 6 after traveling to Washington D.C. for the congresswoman’s swearing-in ceremony. Harris received notification of the positive test on Tuesday night.

Harris has shown mild symptoms and remains in isolation, along with Pressley and staff in close contact.

In a statement, Pressley said her “callous” Republican colleagues refused to wear masks as a group of lawmakers sheltered in crowded and confined space as angry rioters ran through the halls of the Capitol.

“As my colleagues and I sought shelter from the white supremacist mob that violently attacked our seat of government, we were greeted by a different threat—one posed by my callous Republican colleagues who, in this crowded and confined space, repeatedly refused to wear masks when offered,” Pressley said. “Their arrogant disregard for the lives of others is infuriating, but not surprising, and we are seeing the consequences of it daily, as several of my colleagues—and now my husband—test positive for COVID-19.”

The attending physician of Congress advised members and staff on Sunday that those in the secured room could have “been exposed to another occupant with coronavirus infection,” Pressley added.

Pressley vowed to continue to carry out her duties while in isolation.