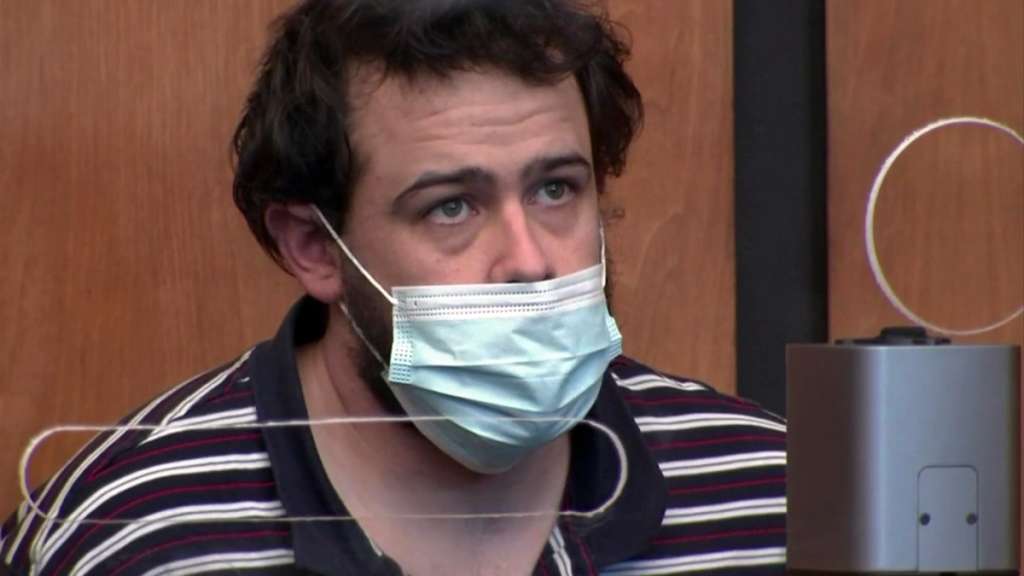 SOMERVILLE, MASS. (WHDH) – A discarded Dunkin’ cup led to the arrest of a Medford man who allegedly repeatedly struck a woman in the head with a rock before he dragged her off a hiking trail at the Middlesex Fells Reservation and raped her, a prosecutor said.

Brady McCue, 28, was arraigned Monday in Somerville District Court on charges of armed assault to murder, assault and battery with a dangerous weapon causing serious bodily injury, kidnapping, and four counts of aggravated rape, according to the Middlesex District Attorney’s Office.

A 48-year-old woman who was not known to McCue was walking in the area of Leslie Road Trail Head around 8 a.m. on Friday when McCue struck her with a rock 14 times, sexually assaulted her, and then fled the scene, prosecutor Carrie Spiros told the court.

The victim suffered severe wounds to her head and face, but she was conscious when emergency crews found her. She was also able to provide a detailed description of the suspect, as well as information about a cup of Dunkin’ coffee that he was carrying at the time of the alleged attack.

Spiros noted that investigators then reviewed surveillance footage at the Dunkin’ and found an image consistent with McCue purchasing the cup of coffee in question.

McCue allegedly admitted to the crime, telling police that he has been living with schizophrenia and not taking his medication.

The victim told investigators that McCue tossed his jacket over her and left her for dead, according to Spiros.

McCue is being held without bail pending a second court hearing on Dec. 6.