‘Protect the progress we have made’: Acting mayor Kim Janey endorses Michelle Wu 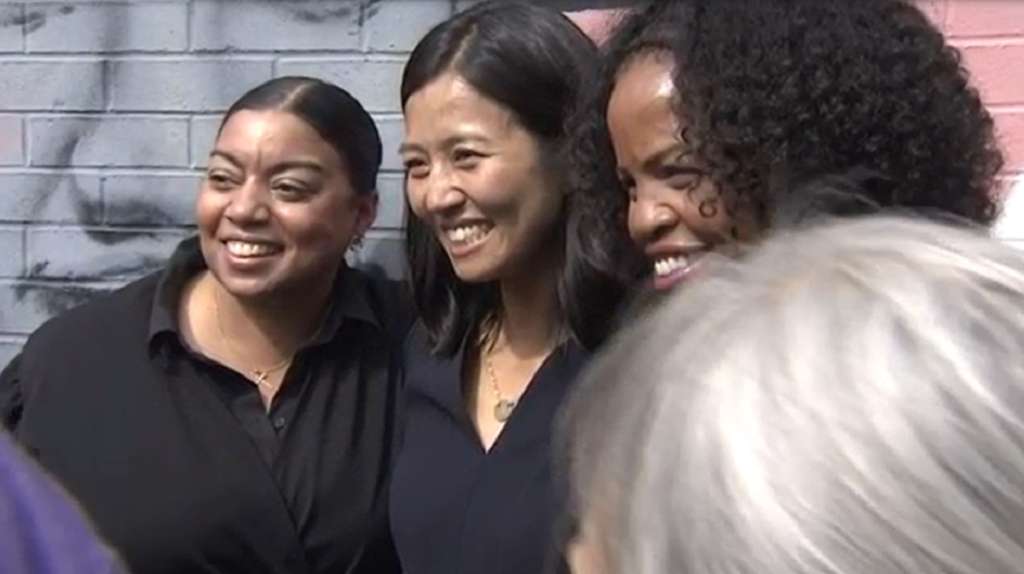 BOSTON (WHDH) - Acting Mayor Kim Janey on Saturday afternoon announced she is endorsing Michelle Wu in her run for mayor of Boston.

Janey said Wu is the best candidate to build upon her own record of equity and justice in the city. Wu is running against fellow City Councilor Annissa Essaibi-George after the two finished first and second, respectively, in the preliminary election two weeks ago, where Janey finished fourth.

“Black and Brown residents who are most impacted by systemic inequities need a leader in City Hall who will center equity and inclusion in all her policies and ensure they have a seat at the table,” Janey said on Saturday.

Wu and Janey worked closely together on City Council, partnering together on issues of transit justice, equity in city housing, and housing stability.

“She is the candidate with the record and the values to not only protect the progress we have made but build upon it to create a city that is more equitable, just, and resilient,” Janey said of Wu.

“Her legacy will be the foundation that we continue to build upon together,” Wu said.

Essaibi-George has been endorsed by former Boston Police Commissioner William Gross, along with firefighter and EMT unions, said she was she was disappointed not to get Janey’s endorsement but was hoping for support from voters in the general election.

“That’s what I’m looking forward to, the endorsement of the people of Boston,” Essaibi-George said. “I am engaged and I’m not afraid of the hard work it takes to reach every single one of our residents and do the important work of leading this city.”