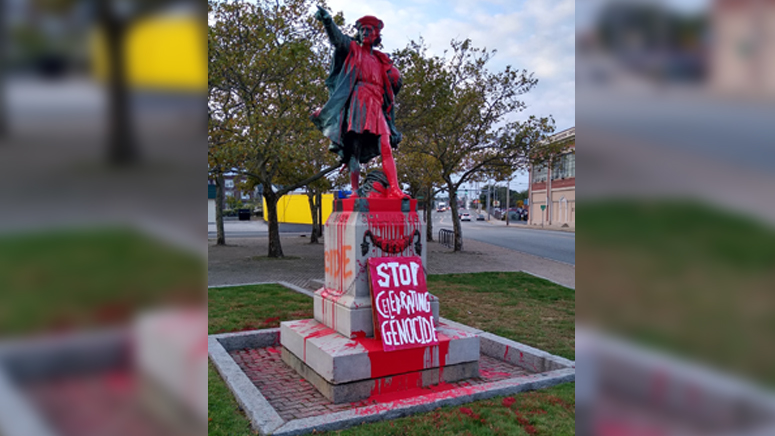 PROVIDENCE, R.I. (AP) — The mayor of Providence said Tuesday he would consider moving a Christopher Columbus statue that was vandalized.

Democratic Mayor Jorge Elorza told WPRO he’d entertain the idea of moving the statue from the city’s Elmwood neighborhood to the Federal Hill neighborhood, which is known for its Italian American community and Italian restaurants. His spokeswoman later said that any move would require input from the community.

“It is a treasure,” Elorza said. “So if there’s a way that we can preserve it in a way that makes more sense and satisfies all the constituencies, then I’m all for that.”

The statue was one of several Columbus statues around the nation vandalized with red paint and messages against the 15th century Italian navigator Monday when the U.S. holiday named for one of the first Europeans to reach the Americas was being celebrated.

The statue has been targeted by vandals on Columbus Day before. Elorza said people are entitled to their opinions about Columbus, but “this is about celebrating the contributions of Italian Americans here in our community and it’s something we should be proud of.”

The statue has been cleaned, according to his office.

A Columbus statue in the Southern California city of Chula Vista was also defaced Monday with red paint. In San Francisco, a Columbus statue at the foot of Coit Tower was vandalized sometime Saturday night or Sunday morning.