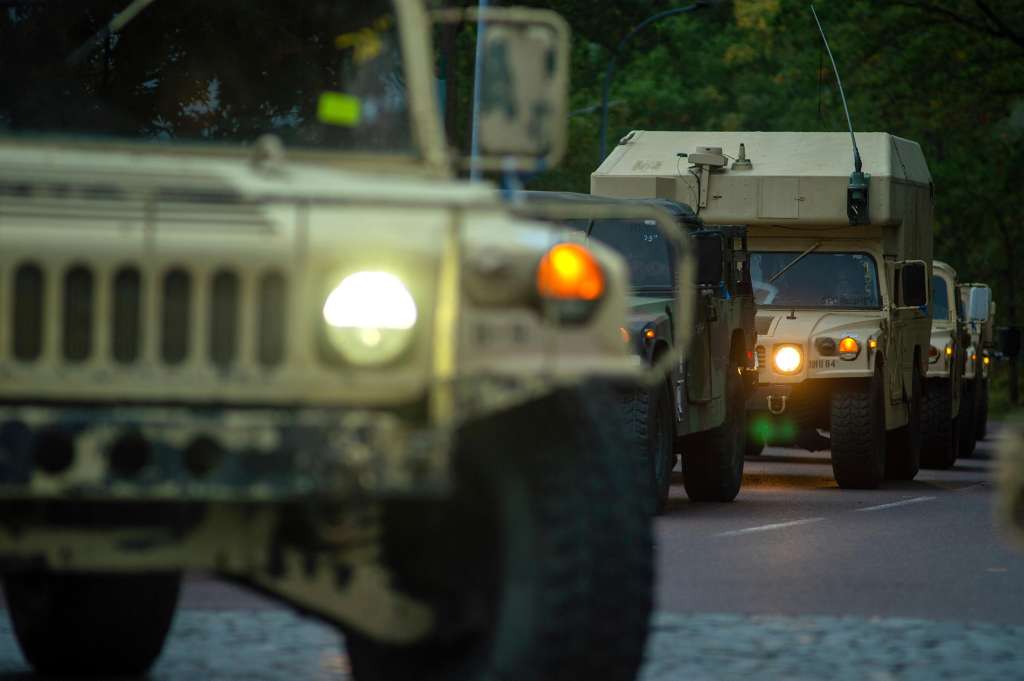 17 October 2019, Saxony-Anhalt, Burg: A convoy of US Army vehicles drives over a road in the direction of Clausewitz barracks. There the vehicles will be refuelled and the soldiers will rest. The force is currently crossing Germany and is on its way to Poland to participate in Operation Atlantic Resolve. The objective of the operation is to ensure the operational readiness of NATO troops. "Atlantic Resolve" had been decided in response to the Russian annexation of the Crimea. In the Clausewitz barracks in Burg, the approximately 440 soldiers with around 220 wheeled vehicles will gradually rest and refuel during the day. Photo by: Klaus-Dietmar Gabbert/picture-alliance/dpa/AP Images

PORTLAND, Maine (AP) — Maine’s independent senator has proposed that the U.S. military play a role in reducing carbon emissions by converting some vehicles to electricity.

Sen. Angus King’s bill calls for transitioning the non-tactical fleet of the U.S. Department of Defense to electric and other zero-emission vehicle types. King said his proposal would require three quarters of non-tactical vehicles purchased by the department to be electric or zero-emission and made in the U.S.

Non-tactical vehicles include cars, vans and some trucks. The defense department is the world’s largest institutional consumer of petroleum and causes more than half of the U.S. government’s greenhouse gas emissions, King said.

King sits on the Senate’s armed services and energy and natural resources committees. He said his proposal “would be a significant step to reduce greenhouse gases, increase the resiliency of our national defense, and invest in America’s electric vehicle manufacturing.”