Rattlesnakes change their rattle frequency based on nearby threats, a study finds 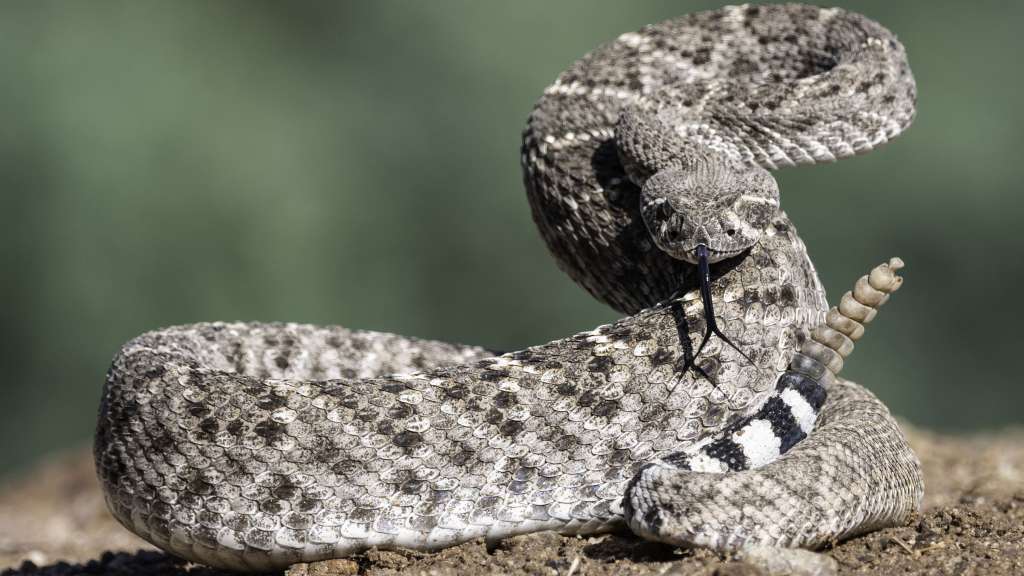 Rattlesnakes change their rattle frequency depending on the distance of incoming threats, a study finds. Credit: Tom/Adobe Stock

(CNN) — Have you ever heard a rattlesnake rattling up close? It turns out the venomous reptiles change the frequency of their rattle the closer humans get to them, according to a new study published Thursday in Current Biology.

Rattlesnakes prey on small animals like rodents and vibrate their tails when they feel threatened, said Whit Gibbons, professor emeritus of ecology at the University of Georgia in Athens, who was not involved in the study.

While visiting an animal facility, lead study author Boris Chagnaud noticed rattlesnakes changed their rattling to a higher frequency when he approached them and lowered it when he walked away.

It is similar to a car backing up, said Chagnaud, a professor in the department of biology at the University of Graz in Austria.

The “acoustical signals warning you how close an object is behind you” beeps faster the closer you are to an object, Chagnaud noted.

The snakes raised the frequency from about 40 Hertz to 60 -100 Hertz when people approached, according to the study. (The frequency of sound is measured in hertz.)

After conducting further testing to confirm this pattern, Chagnaud said he worked with other researchers to design a virtual reality environment where virtual snakes reacted the same way.

The scientists sent subjects into the virtual environment using a pair of virtual reality glasses and a chamber with loudspeakers. As people walked through a grassland landscape, they were asked to stop walking when they believed the snake was one meter (just over 3 feet ) away.

“The subjects underestimated the distance to the virtual snake whenever it jumped to the higher frequency range,” Chagnaud said.

This means the higher frequency rattling made people believe the snake was closer than it was, which could be a survival technique, he explained.

“It’s more likely that a large mammal might stop and not step on the usually well-camouflaged snakes,” Chagnaud said.

These findings make sense because rattlesnakes try to avoid conflict when they can, Gibbons said.

“Like other snakes, rattlesnakes, of which there are numerous species in North America, are more interested in being undetected than confronting any other animal other than their prey,” he said.

Although rattlesnakes can protect themselves with venom, Gibbons said the snakes try to avoid using it when they can.

The reptiles also want to avoid breaking their fangs or getting into fights against larger animals like coyotes and badgers, he added.

The rattling may also be used to lure prey, Gibbons said.

He said he believes future studies will focus on how rattlesnakes use their rattles to attract prey, “possibly through auditory mimicry of species that serve as prey to other species.”

Chagnaud said one of his doctoral students recommended research be done to see what parts of the human brain respond to the jump in rattling frequency, and subsequently misinterpret how far away the snake is, to see if scientists could better understand why the snake can trick humans.