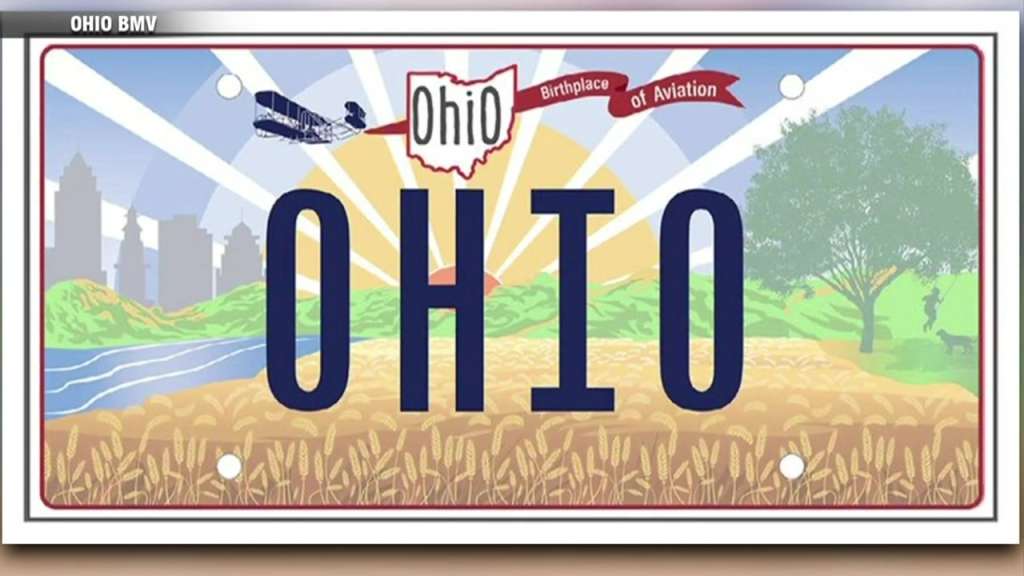 COLUMBUS, Ohio (AP) — The backward Wright Flyer that was at the center of an embarrassing license plate mistake in Ohio last year flew through the approval process with little to no discussion, records show.

Designers at the Ohio Department of Public Safety fussed over such issues as color saturation, centering and image placement. The Ohio State Highway Patrol tested the license plate’s lettering for readability.

Meanwhile, Ohio Gov. Mike DeWine and his wife, Fran, controlled the imagery’s overall messaging — from its rural and urban themes, to its nods to Ohio’s water resources and history, to the breed of the plate’s playful pup.

The flipped around plane — dragging a “Birthplace of Aviation” banner from its front, rather than its back end — appeared to be there from the outset, according to emails and images from the 15-month design process provided to The Associated Press through a public records request. Greg Wyatt, the department’s visual communications manager, declined an AP request for comment on the plate or the design process.

The Wright brothers’ historic aircraft was intended as a proud symbol of Ohio’s place in aviation history, but it turned into a punchline in October, after the new plate design was unveiled and people immediately noticed it was oriented incorrectly.

“Y’all leave Ohio alone,” tweeted the Department of Transportation in North Carolina, where the Ohio-bred Wright brothers took their famous first flight in 1903. “They wouldn’t know. They weren’t there.”

The flyer is unusually shaped by modern aircraft standards, with what could be mistaken for a tail, or rudder, at the front and its big wings at the rear.

The mistake was fixed immediately once it was discovered. The new “Sunrise in Ohio” plate became available to the public last week. It is the state’s 76th new plate and its first since 2013.

Some 35,000 plates were produced before the wrong Wright Flyer was caught.

The plane’s orientation wasn’t discussed in any unredacted portions of the emails provided. Its only mention was in the context of a problem on an earlier plate.

The 2009 “Beautiful Ohio” plate on which the faulty one was loosely based used clipart of the plane that wasn’t approved for commercial use, according to the emails. Lawyers worked the issue out, though their specific advice was redacted. The Republican governor conceded when unveiling the plate this fall that he and the first lady “probably drove them crazy” at the Public Safety Department with all their input.

In a Jan. 17 email, Wyatt listed the plane as the governor’s first priority.

At the plate’s release, DeWine said he and Fran had a “particular interest” in the Wright brothers. That’s because the famous brothers’ early flight tests took place in their county, at Huffman Prairie less than 20 miles (32 kilometers) from the DeWines’ Cedarville home.