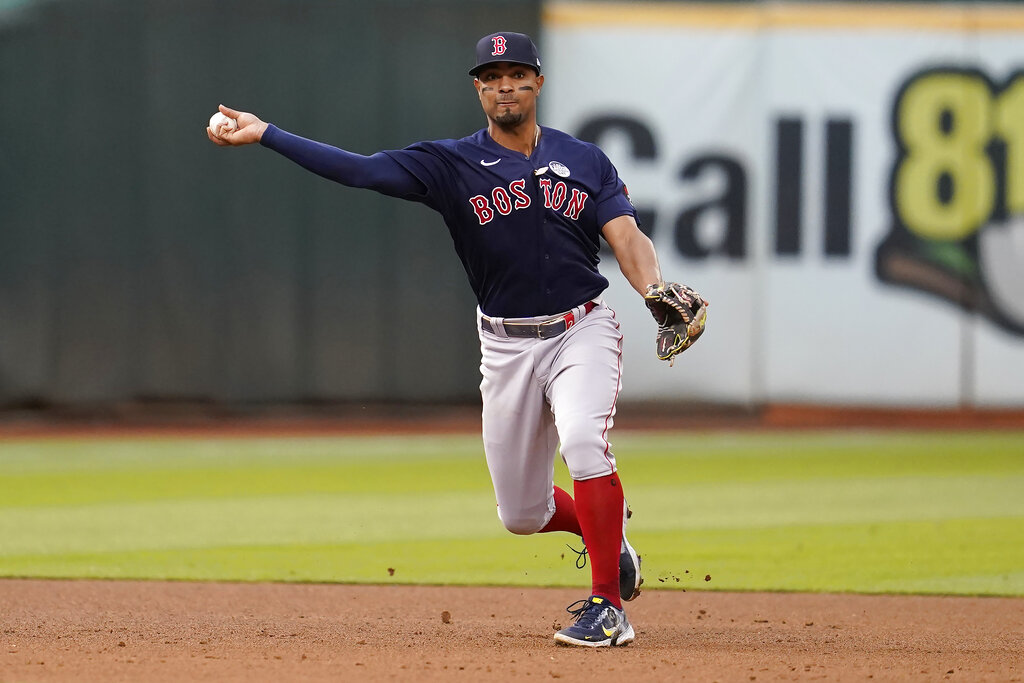 SEATTLE (AP) — The Boston Red Sox selected outfielder Rob Refsynder from Triple-A Worcester on Friday and had him leading off and playing right field in the series opener against Seattle.

This will be Refsynder’s second stint with the Red Sox this season, appearing in three games in April. Refsynder played in 51 games last season for Minnesota. Manager Alex Cora said he expected Refsynder to be with the Red Sox for more than just a few days.

Boston designated for assignment infielder Jonathan Araúz to clear a spot on the 40-man roster for Refsynder.

Before the game, Cora sounded uncertain if Whitlock would be able to make his scheduled start on Sunday in the series finale against the Mariners. Whitlock pitched four innings and allowed four runs on six hits in his last start on Tuesday against the Los Angeles Angels.

Whitlock is 2-1 with a 3.51 ERA in 13 games with nine starts. Boston recalled right-hander Phillips Valdez from Worcester to take Whitlock’s spot.

Cora said Nathan Eovaldi returned to Boston to have his hip issue checked out but should be able to make his next turn in the rotation next week.

Cora also added that lefty Chris Sale is expected to face live hitters in Florida on Monday and if all goes well he could join the team next week in Boston to continue his rehab following a right rib stress fracture.