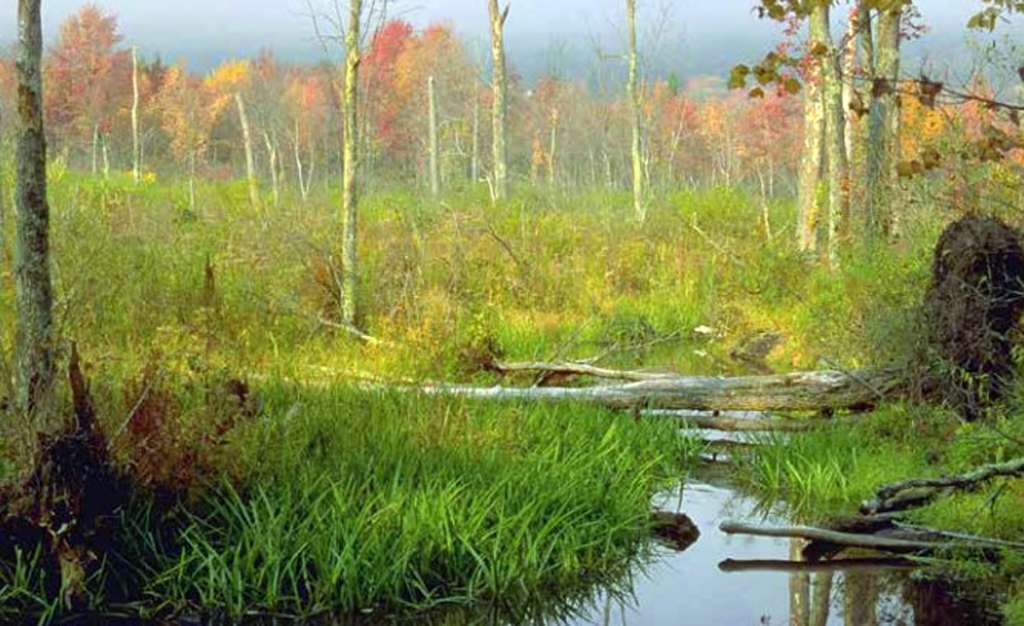 The carbon storage power of forests will be key to actually reaching net-zero emissions in Massachusetts over the next three decades, but deforestation for development in New England deals a double-whammy to the climate protection effort by adding carbon dioxide to the air and then further limiting the ability to recapture it.

A new report conducted by Clark University for The Nature Conservancy found that the six New England states and New York are collectively releasing an estimated 4.9 million metric tons of carbon dioxide equivalent into the atmosphere each year through forest loss. And being without the storage power of that lost forest means the region is also losing out on 1.2 million metric tons of CO2 equivalent (CO2e) in carbon sequestration each year.

“Deforestation is a direct source of carbon emissions, releasing the carbon stored in trees
and roots into the atmosphere as carbon dioxide. It also negates one of the best tools we have for drawing carbon dioxide back out of the atmosphere (forest carbon sequestration),” Clark researchers Christopher Williams, Natalia Hasler and Li Xi wrote. “Thus, slowing the pace of forest loss (avoiding deforestation) is an important instrument in the fight against climate change.”

In order to actually net out at zero emissions by 2050, Massachusetts will have to make up the remainder — up to 15 percent — through things like carbon sequestration and other strategies that can help draw pollution from the atmosphere.

Massachusetts alone lost an average of 5,125 acres of forest per year in the early 2000s, the most recent period studied, which researchers said has meant an additional 1.3 million metric tons of CO2e in the atmosphere each year as a cumulative result of the deforestation carbon emissions (80 percent of the total additional burden) and the foregone sequestration (20 percent).

The researchers said the CO2e impact to Massachusetts from forest conversions is equal to “28% of statewide carbon sequestration occurring within remaining forestlands, 150% of the harvested wood products emissions resulting from forest harvesting, [and] 2% of the state’s fossil fuel emissions across all sectors (2018).”

Even before the new climate law was ready for his signature, Baker’s administration had similarly embraced natural climate solutions in its own climate plans.

The authors of the Clark University study said that Massachusetts state agencies wrote a letter of support for their research. The Baker administration, the researchers said, wrote that the work would “complement and support several emerging state initiatives including: the launching of an extensive project to evaluate options for Massachusetts to meet its legally mandated goal of {a net zero} reduction in greenhouse gas emissions by 2050,” and “further expansion of climate mitigation and adaptation funding.”