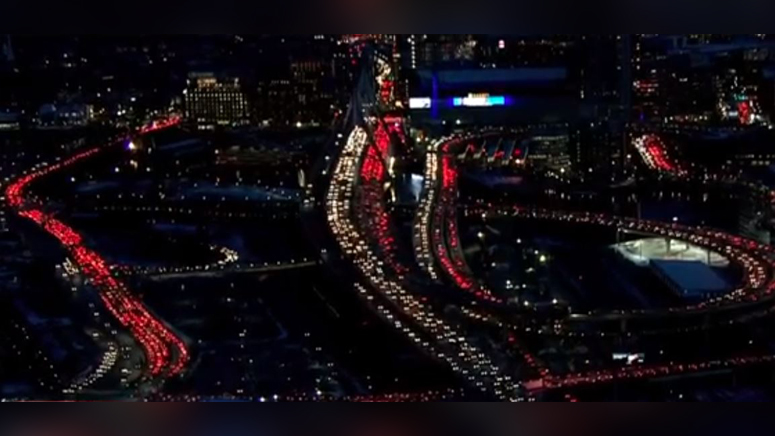 Massachusetts lost ground in its latest report on reducing greenhouse gas emissions, with Baker administration officials assigning the shift to greater transportation fuel use and increasing heating fuel usage in 2018.

The Executive Office of Energy and Environmental Affairs on Wednesday released its latest update to the Massachusetts Greenhouse Gas Emissions Inventory, a report that showed emissions in 2018 were 22.2 percent below emissions in 1990, compared to 2017 emissions that were 22.7 percent below 1990 levels.

In 2016, emissions in Massachusetts were 21.9 percent below 1990 levels, so the numbers over three years show the state bouncing around within a narrow range.

The Baker administration said Wednesday the state remains on track to meet the 202 0 emissions limit envisioned in the 2008 Global Warming Solutions Act.

The administration this year committed the state to achieving net-zero emissions by 2050 and the energy and environmental affairs secretariat plans by the end of this year to release a “decarbonization roadmap” to 2050, which will inform the establishment of a 2030 emissions limit.

Legislation addressing climate change and energy issues has been pending before a House-Senate conference committee since late July and state government is in the midst of pursuing offshore wind, solar, and hydropower projects while also working on plans to drain more emissions from the transportation sector.

The transportation sector remains the largest source of emissions in Massachusetts, accounting for 42 percent of the total in the updated inventory. The administration said the latest data “provides critical information that will allow us to build on our science-based efforts.”