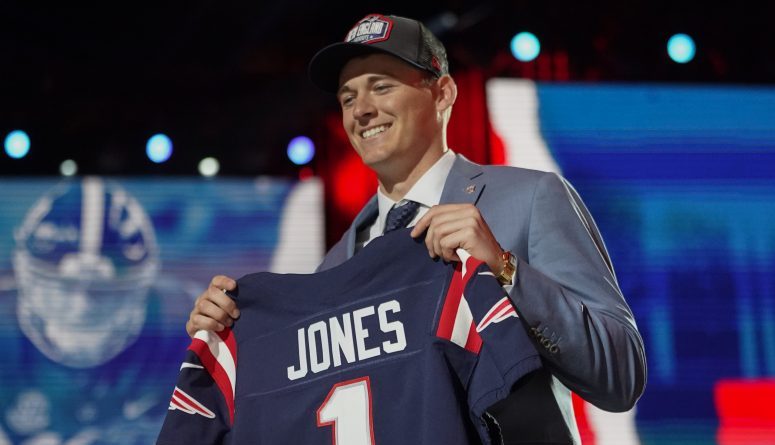 Alabama quarterback Mac Jones holds a team jersey after he was by the New England Patriots during the first round of the NFL football draft, Thursday April 29, 2021, in Cleveland. (AP Photo/Tony Dejak)

The Patriots drafted Jones in the first round of the 2021 NFL Draft out of the University of Alabama, where he earned All-American honors in 2020 en route to winning the College Football Playoff National Championship.

When the Patriots open training camp later this month, Jones is expected to compete with veteran Cam Newton for the starting quarterback job.