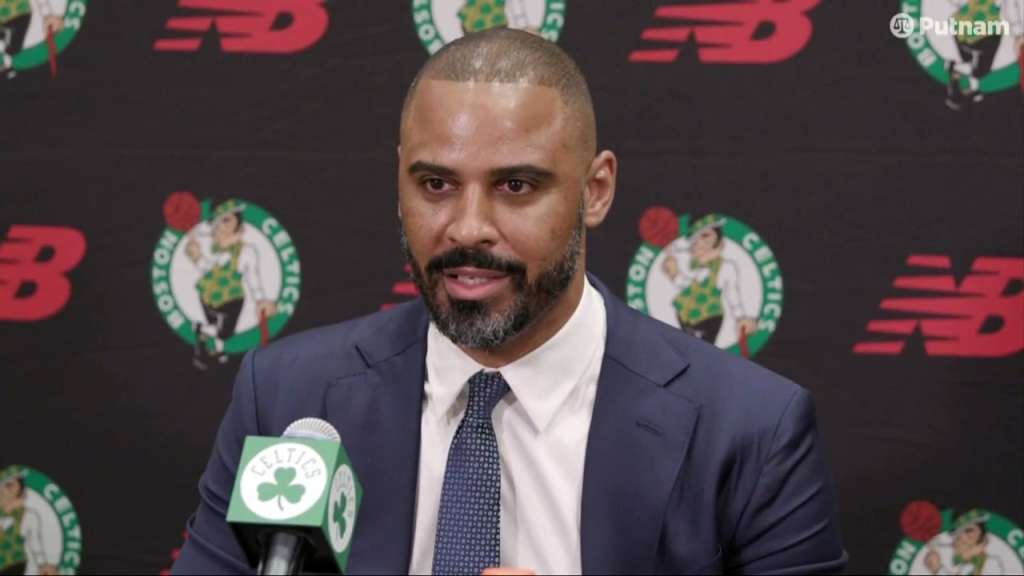 BOSTON (WHDH) - The Celtics are considering a season-long suspension for Ime Udoka, according to ESPN.

The suspension is one of the scenarios reportedly being discussed internally with a decision on the length of the suspension expected to come soon. Both ESPN and the Boston Globe reported the head coach is facing a “significant suspension” for violating team policy. ESPN reported that a source said this is because of an “intimate relationship with a female member of the franchise staff … The relationship is considered a violation of the organization’s guidelines, and the proposed penalty for Udoka is largely unprecedented for a sitting head coach in the NBA.”

It’s not yet clear who would replace Udoka if he’s suspended as the Celtics are set to open up training camp next week but ESPN reports that it’s likely assistant coach Joe Mazzulla will become the interim head coach for the Celtics.

Udoka has earned respect from both players and fans after he led Boston to the NBA Finals earlier this year during his first season as an NBA head coach. He also led them to victories including beating the Milwaukee Bucks, winning the Eastern Conference Semifinals and beating the Miami Heat to win the conference finals. Their win against the Heat wrote their ticket to the NBA Finals but they came up short, losing to the Golden State Warriors in game six.

The 45-year-old coach isn’t married but he is engaged to actress Nia Long, 51, who played Will Smith’s girlfriend on The Fresh Prince of Bel-Air. Udoka and Long have been in a relationship for more than 10 years.

“Obviously it’s good it’s consensual rather than something more unfortunate but I think it definitely sets a bad precedent for a workplace environment,” said Celtics fan Jack Kalhorn. “I think it’s tough he’s got suspended for a year but he’ll probably end up stepping down in the long run, that’s sort of the rumor now is he’s out as coach.”

“He seemed like a great coach but again I don’t know the backstory so I think until we know everything it’s not appropriate to jump to judgment,” said Lisa Murray.

Kalhorn said he thinks the Celtics will be OK without Udoka if he’s suspended.

“I think they have more experience under their belt, they’re a young team but I think the assistant coaches are experienced enough that they should be fine in the long run,” Kalhorn said.